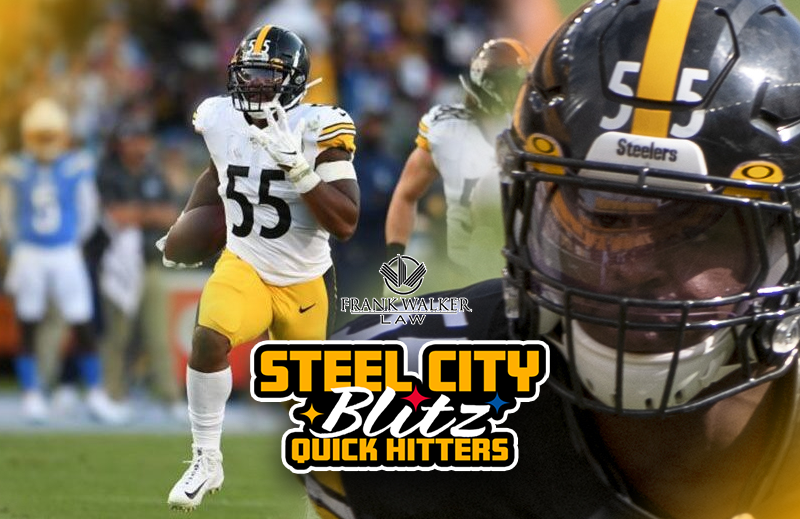 Yesterday the Pittsburgh Steelers signed former second round pick Anthony Miller. Miller was drafted by the Chicago Bears in the 2018 NFL Draft out of Memphis. He appeared in 47 games over three seasons with Chicago where he had 134 receptions and 11 touchdowns. Last season in Houston he had five receptions in two games. His signing to the Practice Squad is in response to the season ending injury suffered by JuJu Smith-Schuster on Sunday. Keep in mind however that both Chase Claypool and James Washington are dealing with hamstring and groin problems respectively. I really thought Cody White would take a step forward when given a shot last week but it didn’t happen. Miller is known as a hard worker and honest professional but I don’t believe any of us should expect much. After all, there’s a reason he was available.

Why I don’t question JuJu

Not sure if you saw this but one day after his season ended in a painful injury he still showed up to participate at his Foundation’s annual program. Dressed in a Hawaiian shirt and with his arm in a sling he smiled and laughed throughout the event while posing for many photos. His surgery is today. Say what you will about the young man but there are many of us who would have easily used the injury excuse not to attend.

Tweet of the Day… Send your questions to contactscblitz@gmail.com!!

The first ever @SteelDad Mailbag is here. Got #Steelers questions? Fire away and use #SCBmailbag. Got other questions? He’ll answer those too. pic.twitter.com/Z7o6PEMk7f

Slow Down a Bit on the “Bust” Term

Every time Devin Bush isn’t on the field I see someone comment that he’s a “bust.” Can we please relax a bit here? The young man had a very good rookie season followed by a good start in his second campaign which ended in an ACL tear. And now five games into his third season, he’s dealing with a groin injury (isn’t everybody?) and people are screaming “bust.” First and foremost, not all first round draft picks are hall of famers. We should all know this by now. Secondly, everyone comes back from ACL injuries differently and lastly, the same people screaming this are the same ones who would have been pissed the Steelers didn’t trade up to get him. Let the young man have the season until we start calling him anything shall we?

If these reports about ESPN’s Adam Schefter having team GM’s proofread his stuff are accurate then his credibility is in serious trouble. Like Jon Gruden’s emails, these surfaced during the investigation into the Washington Football Team. I’ve often viewed Schefter as one of the absolute best at what he does so I hope this is just an isolated thing.

I love admitting when I’m wrong and I was about Chuks Okorafor on Sunday. I thought for sure Joe Haeg would get the start at right tackle but there came Chuks out of the tunnel and he was terrific. Aside from a couple of false start penalties, he handled Von Miller quite well all afternoon. I hope that is the spring board of confidence he needed! 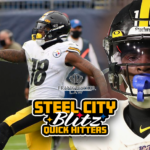