It seems as guaranteed as the sun coming up that there will be a weekly comment or story about how the Steelers and Le’Veon Bell are “close” to a long-term deal. What we have to do first here is decide just what “close” in this case means. There’s no way that Bell takes anything less than $14.5 million per season; that’s what he’s scheduled to make in 2018 should he sign and play under the Franchise Tag. The Steelers have not shown any willingness to pay that but shouldn’t we assume they’re close? Perhaps, but then why did Bell issue his infamous ” villain” tweet a couple of weeks ago? That told me that the two sides aren’t as close as some believe them to be. I’ve been told more times than I can recall that Art Rooney II would like to get a long-term deal done. He’s certainly not the only one either but at what point do we finally realize it just isn’t going to happen? The first clue could come from the Draft. If the Steelers select a running back with one of their first two picks then I think we can make some very safe assumptions.

The news came out on Monday morning that James Harrison was announcing his retirement from the NFL. Harrison spent 13.5 years of his 15-year career with the Steelers. However, given how rocky his departure was from the team last year it will be interesting to see how the fanbase remembers his legacy. There certainly were some high points including winning the 2008 Defensive Player of the Year, 2 All-Pro and 5 Pro Bowl selections. He holds both the Steelers single-season (16) and career (80.5) sack records. And of course, there was the 100-yard pick six in Super Bowl XLIII. But there was also another side to Harrison. There was a domestic violence charge in 2008, there were the repeated personal foul penalties for striking with the crown of his helmet, there was his reported pouting and __ during team meetings this past season because of his lack of playing time, and finally there was his departure from Pittsburgh which landed him in New England. How will Harrison be remembered? Only time will tell. He was a great Steelers linebacker for much of his time here, but let’s also not jump to conclusions and elevate him over a player like Jack Lambert.

From being cut multiple times (NFL Europe), to a 100-yard pick-six in Super Bowl 43. The team's all-time leader in sacks. Hell of a career!

Nothing like the official Penguins account throwing some shade on Philly. The Pens took a 2-1 series lead with a deluge of goals in a 5-1 victory over the Flyers. Game 4 is on Wednesday night. In other Pittsburgh sports news, the Pirates took 2 of 3 from the lowly Marlins over the weekend and now have an NL Central-leading 11-4 record (2.5 games ahead of the Cardinals). With Le’Veon Bell saying that Pittsburgh is making him out to be the villain, is it fair to call Pirates first baseman Josh Bell “Pittsburgh’s favorite Bell”?

In case you missed it over the weekend, Ian’s position-by-position Draft Previews continued with a look at Running Backs and Wide Receivers. Keep an eye out for more episodes of the Steel City Blitz Podcast coming soon to preview the NFL Draft. Speaking of the draft, it’s only 10 days away. That means we are officially in “smokescreen” season. There will be a lot of reports circulating about interest between a team and certain player, but take it with a grain of salt. There is often more mis-information in the two weeks prior to the draft than there is actually good information. 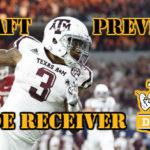 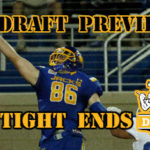