The Pittsburgh Steelers re-signed punter Jordan Berry yesterday and his return is due in large part to his ability to drop the ball inside the 20. While this is a tremendous asset, Berry did not have a great season when it comes to overall punting. His inability to get off big kicks when needed was a recurring problem throughout the season. We’ve wondered on more than one occasion why the Steelers didn’t have another punter in training camp last summer. I’m a big believer in competition regardless of whether the job “is yours” or not. As of right now, the team does have punter Matt Wile scheduled to attend OTA’s and perhaps camp. While Berry excels at “droppin’ Berrys” he needs to get better at adding some distance. Hopefully a little competition will help with this.

Huge congratulations today to our official “Swiss Army Knife” Ian and his wife on the birth of their fourth child early this morning. Mom and baby are doing well and Ian’s wife has to deserve some sort of medal… Four kids and all four are boys!

Justin Timberlake, who is this year’s halftime entertainment, emphatically stated his son “will never play football” at his Super Bowl Presser yesterday. While it is definitely not what the NFL wanted to hear, Timberlake is entitled to his opinion. This has already become a common theme for many around he country and proves once again how much the NFL needs to do better at teaching safety and technique.

Tweet of the Day… I saw this abomination last night. Kudos to Jeopardy for the joke!

Fun fact: Our contestants answered as many clues in this category as the @Browns had wins this season. pic.twitter.com/KMaR8otIHe

Today of course is Groundhog’s Day and one publication claims that for the last 131 years that this whole thing is “fake news.”

Very few people are as connected to the Steelers as the Post-Gazette’s Gerry Dulac is. In his chat this week he made the comment that he doesn’t believe Mike Mitchell will be back. I would pay attention to that but at the same time, that would leave the Steelers with significant depth issues at free safety. We’re not just talking a starter, but a competent back-up as well.

Anyone else find it curious that FOX has paid $660 million to televise the NFL on 11 Thursday night’s next season while FOX NEWS continues to rip the NFL for the anthem issue among other things? At the end of every day… It’s a business folks. 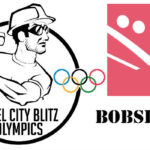 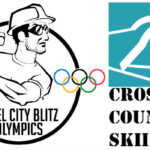