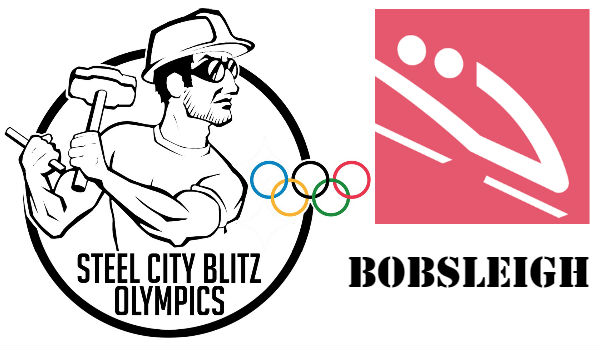 Today’s preview covers Bobsleigh, or “Bobsled” as it is commonly referred to by Americans.

Bobsleigh (or “Bobsled”) has been an Olympic event since 1924 and has been contested at every Winter Olympics except for the Squaw Valley 1960 games. You’ve seen Cool Runnings, so you know the deal. Teams of two or four ride in a metal torpedo down an icy tunnel and have to steer through the course to prevent their sleigh from hitting the walls or flipping over. The Bobsleigh “run” begins with the team members pushing the sled to build up momentum then hopping on board and riding down hill. There are two important jobs on the sled: driver and break man. In 4-man, the other two are pretty much just there to help push at the beginnnig and add additional weight to the sleigh. The competition features four runs through the course with the bottom 10 in the standings eliminated after the third run. Times are cumulative across the four runs of competition and the team with the fastest total time wins. 23 different nations will compete in Bobsleigh this year.

Germany, Switzerland, and the United States have been the dominant forces in international Bobsleigh for quite some time. If you combine Germany’s medals with the ones won by East and West Germany, the German teams have won 40 total medals (16 golds). Switzerland (31 medals, 9 golds) ranks second and will likely be awarded a retroactive gold in the two-man event from Sochi 2014 as the Russian team that won gold was recently disqualified for doping. That would be Switzerland’s first Bobsleigh gold since the Lillehammer 1994 games. Until the Russian teams won gold in two-man and four-man in Sochi (both teams were later disqualified), the German teams had won 3 consecutive golds in two-man and 4 of the last 5 in four-man. The Canadian women’s team has won back-to-back golds with Kaillie Humphries piloting the sled in Vancouver 2010 and Sochi 2014 in the two-woman event. Jamaica qualified a team in the two-woman event and Nigeria is making their winter olympics debut with a team in the two-woman event (and a competitor in Skeleton).

The United States has traditionally done very well in Bobsleigh events. They have won 24 total medals (7 golds) and won 4 medals in Sochi 2014, the most of any nation. The US men’s team will compete with heavy hearts after Steven Holcomb (who piloted sleds that won 4-man gold in Vancouver 2010 and bronze in two-man and four-man in Sochi 2014) died unexpectedly in 2017. On the women’s side, Elana Meyers Taylor won bronze in Vancouver 2010 and silver in Sochi 2014. The team of Jamie Greubel Poser and Aja Evans who took bronze in Sochi 2014 also return for another run at the podium. 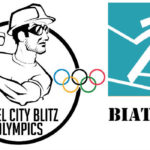