In recent days, I’ve seen two things in the Pittsburgh media that can only be described as “ridiculous.” I refuse to link either of the stories because of how asinine they are so you can look them up yourself. The first was from Ron Cook who believes the Steelers can rely on Martavis Bryant, Sammie Coates, Eli Rogers and Cobi Hamilton should the team trade Antonio. The whole idea is so stupid I can’t even begin to explain it… The second was from noted media jerk John Steigerwald who claims both Joey Porter and Mike Tomlin were seen at North Catholic High football games behaving inappropriately. Steigerwald blocked me YEARS ago on Twitter as he does with anyone who disagrees with him. Based on some tweets from North Catholic players and fans though, it appears Steigerwald is on yet another witch hunt. Sounds like the hack jobs he put on Big Ben several years ago.

By all accounts Martavis Bryant has done everything he supposed to do while serving his year-long suspension. He has now applied for re-instatement and while that process can be long, I expect him to be back. As fans however, we must be careful about our expectations for Bryant though. Success on the field is one thing but he needs to find success off of it as well.

I’ve recently been told that the NFL will look into potentially allowing medicinal marijuana in the future. It would be handled through team medical staffs. My question is what about teams in states where medicinal marijuana isn’t legal? For the record, I’m in favor of this, but until it comes to fruition I’ll wait to comment more.

Interested in who we are here at SCB? Check out the BIO page.

Tweet of the Day… This is just too cool.

Our Draft coverage is ramping up. Stay tuned for stuff each week. I also want to state that there is a major difference between the Steelers “having interest in a player” and the Steelers “looking at a player.” Just because the Steelers’ scouts are seen looking at a guy or whether they interview him means little right now. Once we get to the Combine and beyond then we can start talking about guys the Steelers are truly targeting.

Both Ryan Shazier and David DeCastro acquitted themselves well in the Pro Bowl last night. Most important of all however is the fact both came through the game healthy.

Coming later… My Five Predictions for the Steelers’ Offseason!

Are We Expecting Too Much From Martavis Bryant? 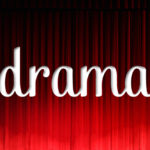