Well, the NFL Draft is over for another year and it’s time to reflect on what the Pittsburgh Steelers did or didn’t do. The aftermath of the Draft is always strange to me. People always want an immediate grade and if they really, really want one I’ll appease them. But I truly believe you can’t grade a draft until it’s three years out. Only then will you know if selecting T.J. Watt in the first or James Conner in the third were the right moves.

As I said for weeks leading up, I didn’t want the Steelers to draft a quarterback. I saw it as a wasted pick simply because the top two spots were already filled and the third could easily be replaced by undrafted free agent. That said, I think Josh Dobbs is an intriguing prospect. He’s smart and very athletic. He is not however the heir apparent to Ben Roethlisberger. He will fight to replace Zach Mettenberger as the third stringer and I have a feeling he will do so.

The James Conner story is a terrific one, no doubt about it, but people must be able to separate James Conner the cancer survivor and James Conner the prospect. With both Marlon Mack and Wayne Gallman still on the board, I think taking Conner was a reach. I believe they easily could have gotten him a round later. That said, another high-character guy in the Steelers’ locker room.

Tweet of the Day… Bud didn’t think Martavis was joking either.

Teammates taking shots at another one that ain't G!

In case you didn’t see my feelings on the Steelers drafting a long snapper, here they are.

Fifth round draft pick Brian Allen is probably the guy I’m the most curious about. His athletic ability is off the charts but he’s a raw prospect who transitioned from playing receiver to cornerback. I think if he can contribute heavily on special teams that will give him time to learn how to be a better corner.

The Bengals and Joe Mixon huh? Is that not the most Cincinnati thing ever?

We will have our Draft wrap-up show tonight on the Steel City Blitz Podcast presented by 26shirts.com/Pittsburgh. Join us live on Spreaker.com at 930pm ET. 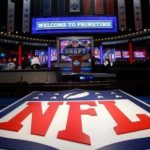 Grading Out the Steelers Selections: Day 1 and 2

I think you will find out our new long snapper is in fact just as athletic as the next guy. I just feel that there was better talent on the board at just about every pick.And to boot ju ju could very well be more Limas Sweed than Boldin. But you are right lets give it a few years.

It’s going to be a pick that resonates with me for a long time. So many potential guys they could have taken.