Grading Out the Steelers Selections: Day 1 and 2 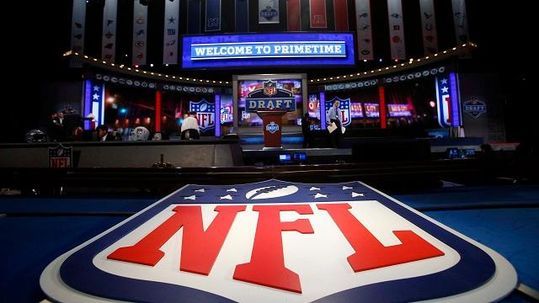 The 2017 NFL Draft has officially come to an end. We can all stop worrying about who the Steelers will select and now start to worry why the Steelers took a long snapper in the sixth round. Just kidding. Now we wonder how and where each new addition grades out. I have watched a ton of film on a many prospects, but some I have not. If I haven’t evaluated a prospect the Steelers have drafted, I will then familiarize myself with them. Then I will determine where they fit in. After that, I will offer up a grade for the pick.

For our first round pick, I will give a short analysis of how I come up with my grades, starting and ending with TJ Watt. For the rest, I will issue a grade. Coming up with said grade, I am going through the same process as I do for Mr. Watt. Just trying to show you how I do things and how I grade. If you have any questions on how I graded the other seven selections, please just ask.

There are four aspects I look for in an edge prospect: How well they rush the passer, how they support the run, how they are in coverage and how/if they pursue the football.

Pass rusher: Watt is pretty raw as a pass rusher. 3 of his 11.5 sacks were counted as half sacks. Half of the rest of those sacks came against tight ends, running backs, or were coverage sacks. Watt is quick off the snap and will give less-athletic offensive tackles fits with his speed and athleticism. His hand usage is exceptional for being so inexperienced at the position. Watt will need to learn to not get swallowed up and keep his leverage. He has a diverse pass rushing moves but still needs to improve upon them. His best weapon is his hands; he should start there and stem from that. (B-)

Run support: This is definitely Watt’s strong point. He takes excellent angles and shows a high football IQ on knowing where the ball carrier will end up. He engages offensive lineman, keeps his eyes on the ball carrier, then reacts. He is an above average tackler but needs to aim high instead of low. He misses far too many tackles aiming for the ankles.  (A-)

Coverage: Dropping into coverage is vital for Steelers linebackers. Watt looks really comfortable dropping and that is the most important. He is athletic enough to drop and is smooth, no wasted steps or mishaps. He keeps his eyes on the quarterback, reading his eyes. Would like to see him react a bit quicker when the ball is thrown.  (B+)

Pursuit: I never took this into account until fellow writer Ben Anderson mentioned it and taught me how important it is. I’m always learning something new. After the ball is thrown, does Watt not associate himself or does he run after the receiver? If the ball is ran away from him, does he chase him or just not think he can get to him? Watt’s great pursuit and motor weren’t surprising given his glowing reports of great work ethic. He always chases the ball carrier, even if the play is far away from him. Weird thing is, he usually is involved in the tackle or around the tackle, making sure he is down. If the ball is thrown within a reasonable distance, Watt chases him, like a dog chases a mailman. It’s refreshing knowing he won’t be outworked and is a teammate first. (A)

Where does he fit?: Watt will rotate at ROLB with James Harrison.

My opinion of the pick: admittedly, I was not a fan of the pick. I thought there were better options available. I get the pick, though. Young, hard worker with NFL blood lines. Very inexperienced at the position and is just scratching the surface. In his first year as a linebacker he posted 11.5 sacks. Like Dupree, this is a projection pick based on potential.

Overall grade: B
My grade: B-

Quickness off the line of scrimmage: B-
Reliable hands: B+
Finds space: A
Blocking: A
Create Separation: B-
Diverse route tree experience: B
After the catch: B+
Release: C+

Where does he fit?: He will be Antonio Brown’s backup. He may get some slot work. Until Martavis Bryant is fully reinstated, fully accepted back by the team and implemented into their plan, he isn’t a starting wide receiver for this team. Sammie Coates needs to prove his injury is no longer lingering. Until then, JuJu will get some meaningful snaps.

My opinion of this pick: I was furious. Not because it was JuJu, but because of the position. I didn’t and still don’t see this as a need at all. The wide receiver room is crowded as it is and defense needed to be a huge concentration. The Steelers saw how the receiving corps diminished down the stretch when Martavis Bryant was unavailable due to suspension and Sammie Coates was barely available due to injury. This hampered the team’s hopes and made it nearly impossible to advance in the playoffs. This pick is insurance to both Bryant and Coates, but why spend a pick so high on insurance?

Overall grade: B+
My Grade: C

Athletic ability: B-
Physicality: C-
Tackling: B-
Coverage ability: B+
Football IQ: A
Ball skills: B+

Where does he fit?: Sutton is most likely headed for the slot cornerback spot. He will battle Senquez Golson and Cody Sensabaugh. William Gay’s position is undetermined right now as rumors say he wants to move to safety. Gay has also played nickel and boundary cornerback as well.

My opinion of the pick: Again, furious. There were much better options. I like my cornerbacks to be feisty, physical beasts that can tackle and can cover. I didn’t see anything close to physical with Sutton. Not much jam off the line of scrimmage, doesn’t want to tackle unless there is a free lane to the ball carrier. As for coverage, he’s good in the trail technique and has good ball skills. Had an injury in 2016 that he played through and it hampered his play. Hopefully the Steelers get 2015 Sutton, who was very good.

My opinion of the pick: Was not happy, but was ecstatic for him. There isn’t a player who deserves an opportunity in the NFL more than James Conner. From a football standpoint, the reason I didn’t like the pick was because I felt there were more talented running backs available. Nothing against Conner, but his value was somewhere in round five. I think this was a reach. The Steelers were looking for high character guys who can be future leaders, and that couldn’t describe Conner any better. I’ve warmed up to this pick.

Where does he fit?: Conner will back up Le’Veon Bell. Bell has yet to put a full season together so history says Conner may need to start at some point. In creative formations when Bell is in the slot, Conner can man the running back position. I can see Conner on special teams as well, as he played on the defensive side of the ball at the beginning of his football journey.

Overall film grade: C
My grade: C- (my heart says C+ because I love the intangibles)