Time to get over the hump again Steelers’ fans, it’s Wednesday.

The Steelers and Lions had their first joint practice yesterday and as you’d expect in these types of situations, there were up and down moments for both teams. Here are some of the highlights:

The two teams will go at it again this evening at 515pmET in Latrobe.

Steelers’ beat writer Ed Bouchette said yesterday in his weekly chat that he believes Eli Rogers will be the starter in the slot receiver position come week one. That sounds about right based on what we are hearing and seeing. Lot of time to go yet though.

Chris G. offers up an intriguing trade possibility this morning with a familiar partner.

Rookie offensive tackle Jerald Hawkins had a pretty good day yesterday until hurting his shoulder. No word on the severity yet.

AB is giving away two tickets to the game on Friday night. Make sure you are following his social media accounts for your chance to win.

I offered up this piece on William Gay yesterday. Probably long overdue. 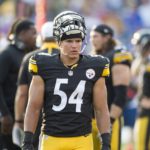 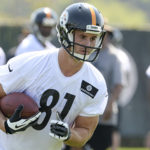