Monday is Typically “Smokescreen Day” for the NFL Draft 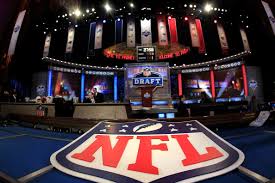 With the National Football League’s collegiate player selection event coming in five days, it’s only a matter of hours until we hit the day that comes every year before the draft and that’s the one where teams start to play each other.

While we are more used to talking about middle screens and bubble screens, the ones we’ll see on Monday are actually called “smokescreens.”

According to long-time NFL man Gil Brandt, Monday is usually the day teams start building small fires to create the smoke necessary. He’s absolutely right when you think about it.

Teams close to the top of the draft order will be the ones setting the most fires. Will Houston trade out of number one? If not, will they give any indication of who they may go with? Will Jacksonville grab a receiver knowing Justin Blackmon probably won’t see the field in 2014?

Further smokescreens will include teams who are rumored to be moving up. Does Atlanta want to trade up for Jadeveon Clowney or would they rather move up for one of the top offensive tackles?

At pick number 15, the Steelers will do little in the way of smokescreens until the draft is much closer. To this point, they’ve given no indication of who they are going to go with but that probably isn’t by design.

There are so many things that can happen ahead of them that it becomes difficult to actually pinpoint one player. The exception to this of course is whether or not there is one guy they are in love with. While we’ve received no clues as to who that could be, that doesn’t mean the fact doesn’t exist.

As you go through your day on Monday, you’ll probably start to feel the heat as you click through numerous articles about the draft. Teams will put out all kinds of lines, rumors and speculation with the hope that someone bites. Walk carefully through the smoke my friends.

Monday is Typically “Smokescreen Day” for the NFL Draft was last modified: May 3rd, 2014 by steeldad
#steelersdraft2014 NFL DraftNFLPittsburgh Steelers

Outside the Box Thinking on the Steelers First-Round Pick