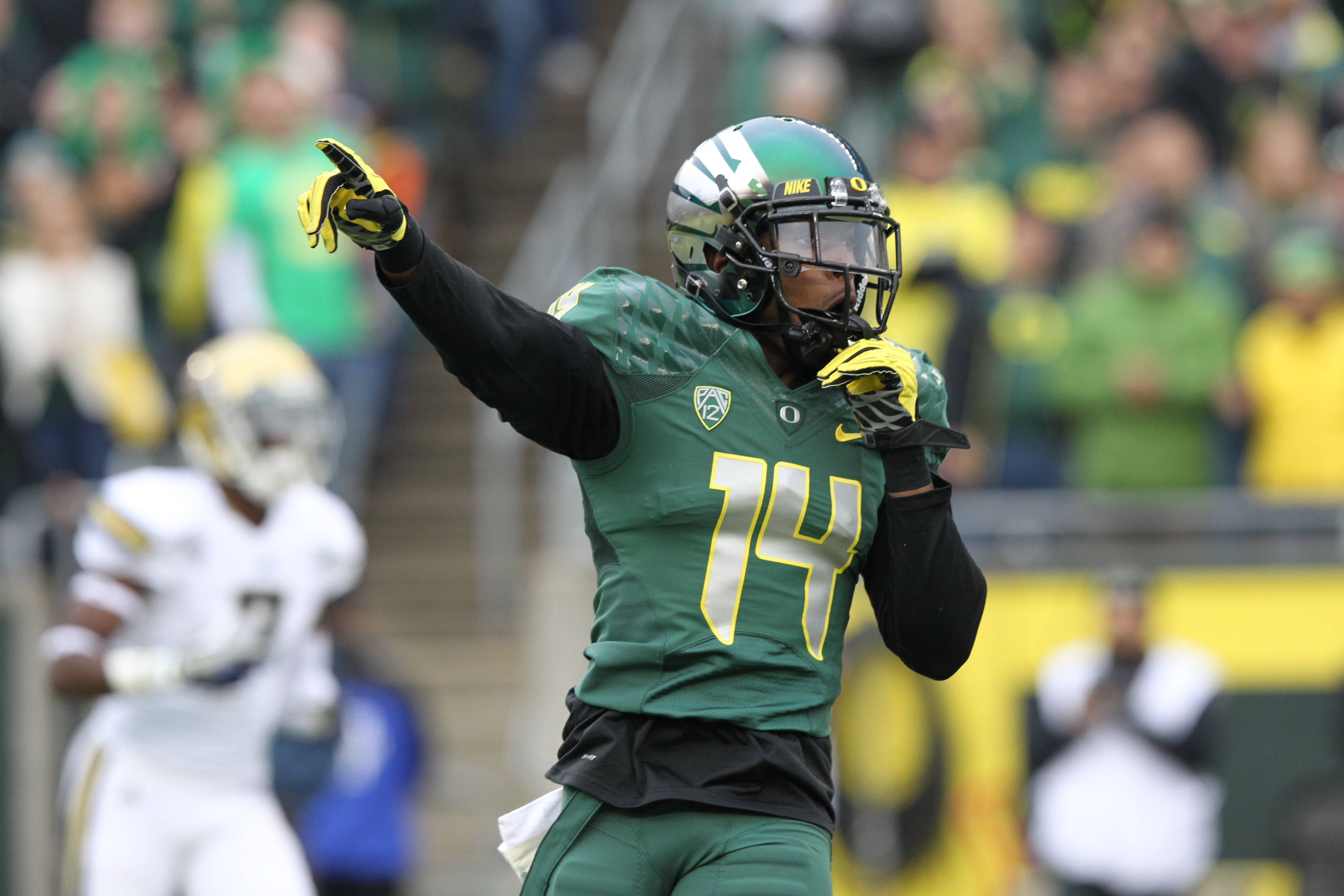 While you’ll have to wait tomorrow for our final Steelers mock draft, I thought it might be fun today to instead post what I think would be an absolute homerun for the Steelers. To get us started, the team makes us stay up late Thursday night with a trade down…

*TRADE*
Steelers get: Saints 1st (31st) and 3rd (78th) from Miami
Saints get: Steelers’ 1st (22nd)
New Orleans has a ton of picks after trading away Jimmy Graham and Kenny Stills. They may want to re-load with cheap talent, but if someone they like falls (Randy Gregory perhaps?) the Steelers would love to move down and pick up more picks. I think that grabbing several legitimate starters on defense would be more beneficial than putting more eggs in 1 basket on a potential boom or bust guy, like maybe a Shane Ray or Marcus Peters.

1. Owamagbe Odighizuwa, OLB, UCLA
I’ve been high on Owa for a while now, but I think that his age, injury history, and the fact that transitioning from DE to OLB is always a hurdle; make Owa a bit of a reach at 22. I’d still be ok with him there, but I’m not sure the Steelers would be. I considered Maxx Williams here, or Preston Smith, but Owa fills the bigger need and I think he seems like a more natural edge rusher than Preston Smith.

2. Alex Carter, CB, Stanford
Stanford is such a Steelers pick, it’s crazy. Young, big-school guy, physical, positional versatility, fits the range in 2nd round. He checks all of the boxes. Since this is a “dream scenario” mock I considered having a guy like Marcus Peters or Maxx Williams drop here but Carter just screams Steelers to me.

3. Clive Walford, TE, Miami
Picking up the 3rd allows the Steelers to go with a bit of a luxury pick (which I think even that’s debatable that it is one), and grab who I consider one of the two good TE prospects in this class. After Walford there’s a big dropoff at the position. Walford has the type of all around game the Steelers like in their tight ends.

3. Danielle Hunter, OLB, LSU
Hunter is very raw. I’ve seen him mocked in the 4th or 5th round on some sites, but I think he ends up being a 2nd round pick. If he falls this far he’d be a total steal. I doubt the team doubles up on OLB’s with some depth in camp from guys like Shawn Lemon, Jordan Zumwalt, and Howard Jones but if Hunter is there in the mid-rounds; Owa, Jarvis Jones and Hunter would give the team some scary potential at the position going forward.

4. Doran Grant, CB, OSU
I do think the Steelers probably double up at this position. Grant may not have the height to play outside in the NFL level, but he could be a very good slot corner and play outside in a pinch. In today’s NFL nickel corners ARE starters, so he’s worth picking here.

5. Tre McBride, WR, William & Mary
The Steelers have cashed in before on talented receivers falling because they went to small schools. McBride looks like an NFL receiver, but hasn’t faced top competition as a football player. I think him blowing up the senior bowl will raise his stock from this round, but if he still falls, a former W&M receiver (Mike Tomlin) may like to grab another one.

6. Max Garcia, C/G, Florida
Garcia may have the tools to be a starting NFL center, but there seems to be mixed opinions on him. The Steelers would love another swing player on the line to backup multiple positions, and Garcia can do that.

6. Ifo Ekpre-Olomu, CB, Oregon
Three corners in one draft? Probably not happening, and probably a little excessive… but I’ve heard rumors Ifo’s knee injury is worse than many thought and that some teams consider him an UDFA at this point. I still think he goes somewhere in round 4 or 5, but he’d be worth a shot at this point. The team could place him on IR for the year, and still have the previously selected corners in the short term. If IEO never pans out, big deal he was a 6th round pick… but if he does he could be very special.

7. Matt Jones, RB, Florida
See our actual mocks for details on Jones. He could be a good change of pace from Bell, and thrive in the zone scheme the Steelers run. He’d push Josh Harris in camp. 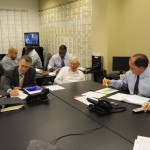 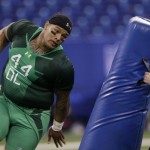 Could Danny Shelton Be the Steelers’ “David DeCastro” of 2015?

Could Steelers Look to Trade Down?

I have major issues with your 7 round mock draft Chris major issues. Your 1st round pick is somebody I don’t want period. Odighizuwa is never going to be the guy that you and other fans want. 2 hip surgeries and is labeled like Woddley are 2 things that I feel will result in Owa being a bust in the NFL. Hunter is another pick I have big issues with. He is not a OLB in the NFL he will be a DL and a subpar at that. At best he becomes a rotational DL ultimately becoming a back up to Tuitt and not Heyward. Olomu will be a late 3rd early 4th round pick you just watch. The Matt Jones pick I just don’t know where to go on that one. I prefer Langford over Jones for 1 big reason: He plays the same way as bell. By drafting him and having Bell mentor and tutor him on some of the issues he has he will be eventual backup to bell otherwise I skip the RB class and grab another WR or 2. The 1 WR I like is Antwan Goodley of Baylor. The report on him is simple: Built like a Running Back but is a WR. TE is not and I repeat not a position of need for 1 very big reason: Blanchflower and Steeler fans for the life of me I can’t figure out why a “pass catching TE” is so much more important than someone who blocks first and catch 2nd? Why should that be a requirement for this team? If I cared about a team having a pro-bowl TE I would be in San Francisco or Seattle or NE and not in Pittsburgh.

Saints are my trade partners also. I’d probably take Eric Rowe in round 1 & Preston Smith in 2 but I’m good with Owa in 1& Carter in 2.
I agree why you take Ifo but grabbing a safety might be a better option. However if Ifo heals properly you can move Carter to safety.