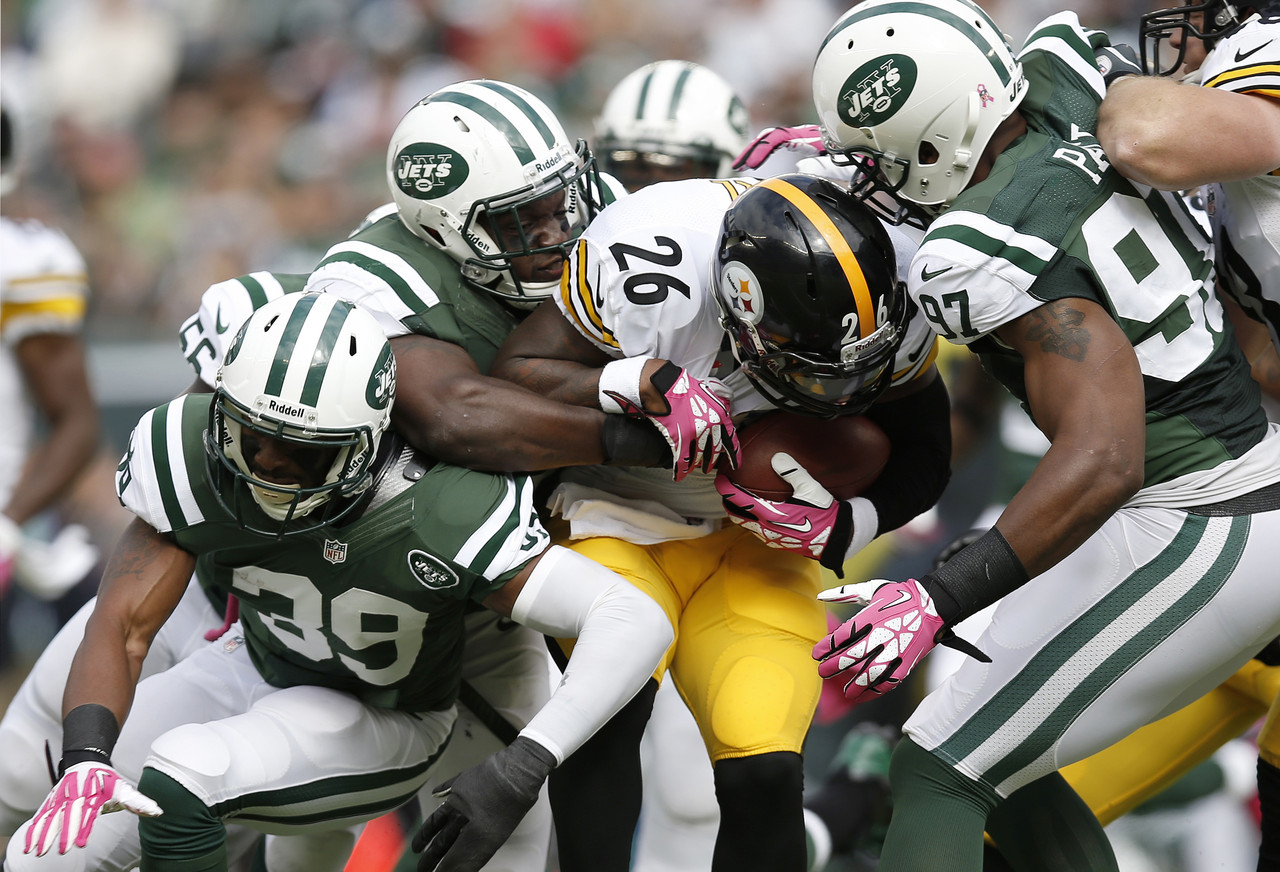 Until we know more, the Pittsburgh Steelers offense will face the New York Jets’ defense with significant changes along the offensive line. That is where our story is going to have to begin as we plan on how to be successful against the Jets’ defense.

Through the first four weeks, the Jets’ defense ranks 16th overall. Against the pass they are 27th and versus the run they are 3rd. They are sixth in the NFL in sacks with 11 but that’s a bit misleading. Seven of those came in week one against the Cincinnati Bengals. The Jets are giving up about 26 points per game and are giving up a whopping 285 yards passing per game. That ranks them 26th in that category.

What the stats reveal is exactly what I’ve seen on tape; the front line of the defense is a handful but the back seven? Not so much. The base 3-4 defense features Mo Wilkerson, former Steeler Steve McLendon and Sheldon Richardson. You probably aren’t going to find three better guys along a three man front in the league. That’s where the Steelers will have to start planning.

How Do the Steelers Attack the Jets’ Defense

Trying to figure out what Todd Haley is going to do week to week is like trying to solve Scooby-Doo mysteries. It isn’t always hard, it’s just that he makes it way more difficult than it should. Common sense when you look at those stats tells you the Steelers should air it from beginning to end and who could blame Haley for such thinking?

With a very poor back seven that includes a far less than 100% Darrelle Revis, why not attack the Jets through the air? I believe that’s what will happen but Haley knows that he has to find plays that get the ball out of Ben Roethlisberger’s hand quickly. That is after all why Haley was brought in to run the offense right?

The offensive line is going to be a patchwork crew at best and there’s no way Haley can allow Big Ben to sit back there with the wrecking crew that is the Jets’ front line. I’m seeing lots of wide receiver screens and perhaps even screens over the middle to Le’Veon Bell to entice those defenders to come up field. Haley being Haley, he’s going to have Roethlisberger take some shots early. It’s happened every week so far and I don’t expect it to stop now. That doesn’t mean they should abandon the run however.

With Darrius Heyward-Bay dinged up, more pressure falls on the shoulders of Sammie Coates and Markus Wheaton. My concern is that Haley will rely too heavily on multiple tight end looks rather than spreading the defense out. While all three tight ends had receptions last week, they must be able block better than we’ve seen especially on the edges.

The Jets will be a desperate team because they are 1-3 and looking up at both Buffalo and New England and they cannot afford to fall behind any further. Haley must use that desperation against the Jets while not over-thinking what he’s facing. If the Steelers protect Roethlisberger at all, I expect another big day for the offense. 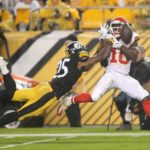