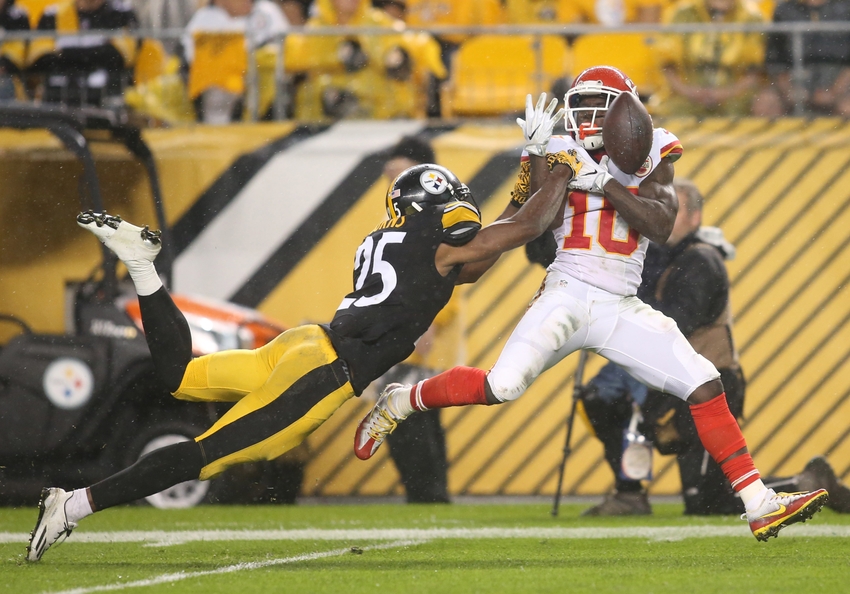 In week four, Artie Burns saw a lot of snaps at right cornerback. Burns played 65 of 77 total defensive snaps, which is roughly 85%. The total consensus from the fan base and media is that Burns had a good night. I wanted to follow up that consensus by examining Burns’ game and determining what he did well and what he can improve on.

– 3rd and 2. Burns lines up 8.5 yards from the receiver. Screen pass, easy first down for the receiver. Burns pushes him out of bounds. Gain of six:

– 3rd and 12. Burns lines up 10.5 yards from the receiver. Deep out by wide receiver Chris Conley and Burns is playing too off to react to the out. Burns is a split second from getting to the ball for the pass break-up. Gain of 13:

-4th and 6. Burns lines up 10 yards from the receiver. Deep in route by the receiver. Ball is on the dot, Burns is expecting a route to the sideline and receiver goes in. Gain of 13:

– 3rd and 4. Burns lines up 7 yards from the receiver. Deep rounded corner route by the receiver. Burns giving too much cushion. Gain of 13:

All in all, Burns had a really good game. He is good in bump and run coverage and his play never display a lack of effort. Burns’ instincts are improving and are a strong point in his game. Burns needs to work on defending slant routes, which he is often beat on. This can be improved by being more physical at the line of scrimmage, which he definitely needs to work on. His physicality in general needs a boost. As a rookie you expect penalties, but it still needs pointed out as a negative as he receives a good share of them. 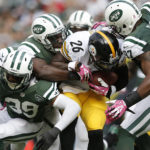 […] Check out Cnic’s breakdown of Artie Burns’ play versus the Chiefs. […]