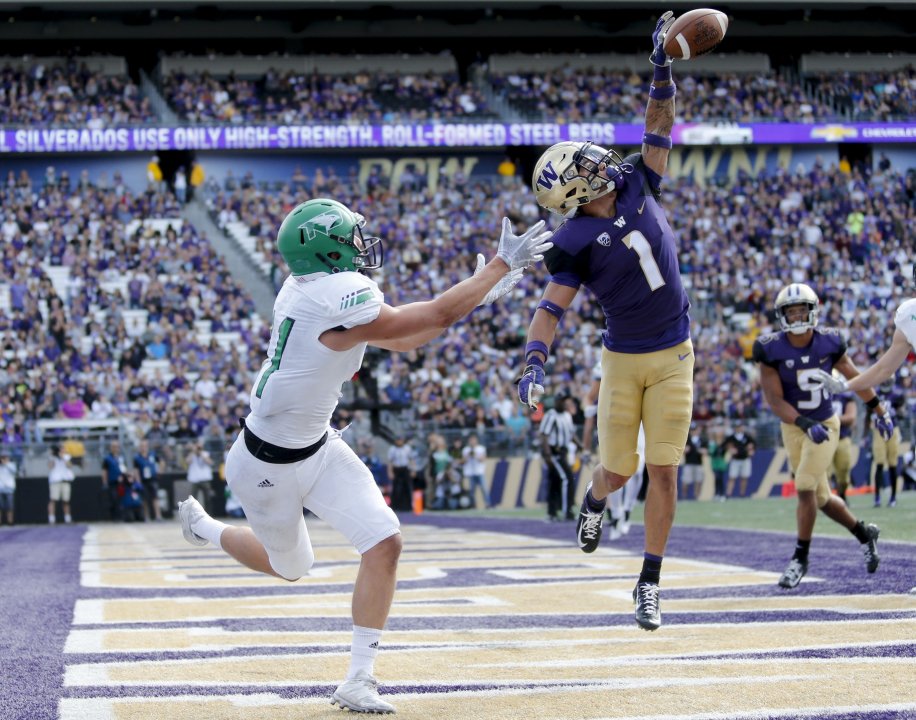 Young in age and in his career, yet still productive. Patience at the line of scrimmage, isn’t intimidated by stutter steps or false indicators. Sticks with receivers while maintaining high awareness on the quarterback. Quarterbacks started to neglect Murphy’s side as the games went on. Has experience playing off or press, man and zone coverage. Relentless effort to reach the ball carrier. Physical player who won’t give up much space without come contact. Extremely aggressive, attacks the catch point to disrupt the catch. Ball hawk who can make a splash play in an instant. Ball skills on display on tape, and in the stat sheet (13 passes defensed in one season is astonishingly high). Quick to click and close on the football. Timing is exquisite. Above average blitzer, not a ton of reps but makes the most out of them. Despise being a bit light, aggression and physicality is not lacking. Hard hitter who throws his body around. Possesses the demeanor of an alpha-dog. Technique and football are well polished, doesn’t allow much separation. High football IQ and instincts.

Lean frame is a cause for concern competition and durability wise. Can get carried away staring at the quarterback for too long and can give up a bit of space on bend routes. Lacks intermediate strength to get off blocks from bigger receivers. Can give up too much space on comeback routes being too worried on giving up the deep play. Just 20 career starts. Due to an injury, Murphy missed seven games in 2017. Has the tendency to dive at ball carriers low (and missing) instead of coming to balance and using technique. According to Lance Zierlein, Murphy racked up 7 interceptions and 20 pass breakups on just 87 career targets.

Murphy is my guy for the Steelers in the first round as of today (2/25). He fits a huge need at cornerback, can create turnovers, splash plays and be an aggressive force in the run game. His alpha-dog demeanor is much needed on the Steelers defensive backfield. His high football IQ will allow him to pick up on the playbook quickly and be the starting cornerback for the Steelers week one, and he will only get better. The only problem is Murphy surviving 19 picks until the Steelers are on the clock.

I will keep saying this “the best CB in this draft is Julian Love”. Why he’s flying under the radar is beyond me. He’s actually the same size as Murphy but makes more plays and is faster. His stock will shoot up after the combine when people see all the passes defended.

the film i’ve seen of Love wasn’t that great and he’s a sissy against the run.

You might want to look at the tape again. I just did , this guy’s everywhere. Most pass breakups in ND history. I don’t see anything sissy about his game. He lock downed Whiteside.

[…] 1, Pick 20 – Byron Murphy, CB, Washington [Profile] Murphy is the best corner in this class as far as I am concerned, and he is a nice change compared […]