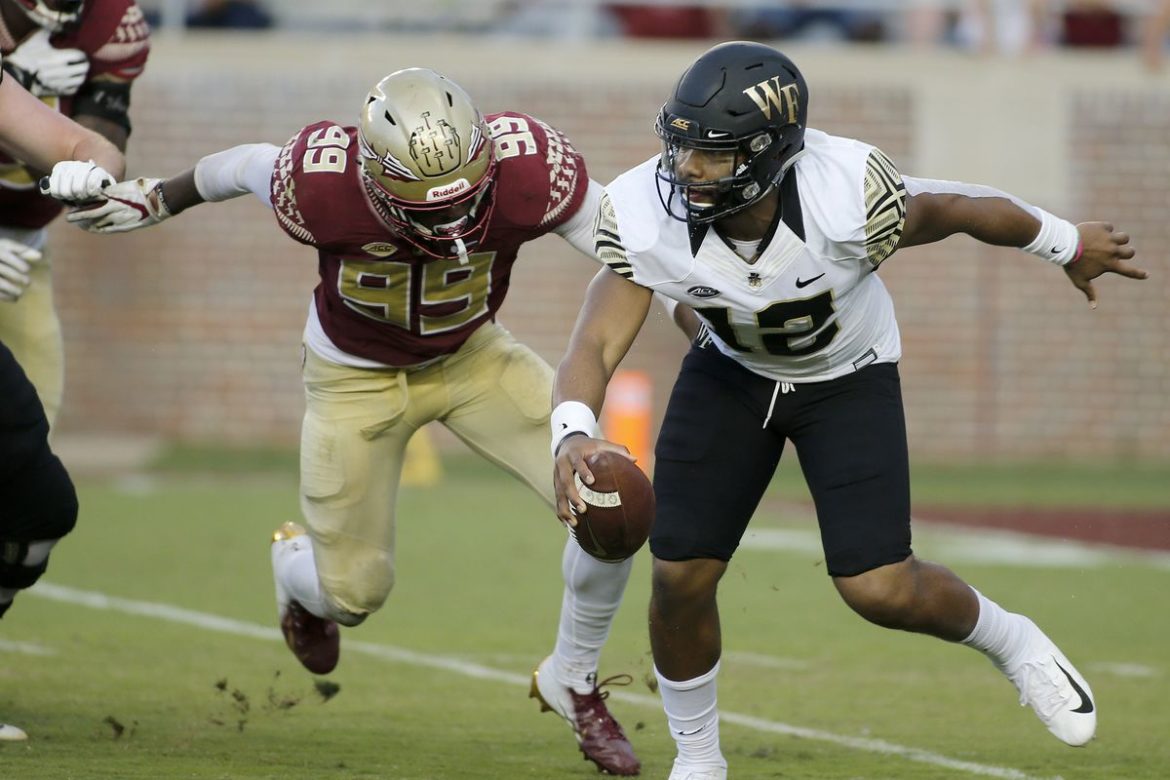 With the NFL Combine coming up in just a few days, let’s dive into a potential NFL Draft Scenario for the Pittsburgh Steelers. This Mock Draft includes two trades, and the details on these trades are included below.

Round 1, Pick 20 – Byron Murphy, CB, Washington [Profile]
Murphy is the best corner in this class as far as I am concerned, and he is a nice change compared to the defensive backs the Steelers have drafted over the past few years. While he’s slightly undersized (5’11, 185), he plays with a physicality that is rare for a cornerback. He’s a super fluid mover, and has elite change of direction skills. While he’s at his best in zone coverage, he can really play in any scheme and is a very good player in man to man as well. Murphy has elite ball skills and amassed 4 interceptions and 13 pass breakups this past season. Murphy is polished player, who offers a physical mentality and unrelenting energy that would be welcome on any defense.

Round 1, Pick 27 – Brian Burns, EDGE, Florida State
Burns is a lean player, but he is an elite pass rusher. He can beat tackles in a variety of ways; with pure speed, elite bend, a spin move, counter move, or pretty much any other way in the book you can think of. The Steelers already have one elite pass rusher in T.J. Watt, and adding a guy who can line up across from him and be a true threat that offensive coordinators consistently have to worry about could really help this defense take another step in the right direction.

Round 2, Pick 52 – Joe Giles-Harris, ILB, Duke
The Steelers have had a gaping hole at inside linebacker since Ryan Shazier’s injury, and while Giles-Harris is not the most explosive athlete, he could well be the most well rounded linebacker in this class. He’s a very smart player, who has great instincts and is good in zone coverage. He’s an immediate starter from Day 1.

Round 3, Pick 84 – Damarkus Lodge, WR, Ole Miss
Lodge is a big receiver (6’2, 200) who excels in many areas. He had a limited route tree at Ole Miss (due to the offense he played in), but he ran the routes he was given very well. He has elite releases, and offers a nice after the catch threat. He’s had some inconsistent hands, but I think he could develop into a really nice receiver for the Steelers.

Round 4, Pick 106 – Evan Worthington, S, Colorado
Worthington is a bit of a project, but the Steelers really need depth at safety, and while he would not have to start right away, he’s got elite potential that could be developed in his first couple years. He’s an inconsistent player, but he’s got his moments where he flashes elite ability to read quarterbacks and A+ ball skills. He’s a bit of an inexperienced player, but he’s got the physical attributes and ball skills that the Steelers seem to really like in DBs.

Round 4, Pick 123 – Renell Wren, DT, Arizona State
Wren is raw, but his upside is through the roof. He can play as a 3-4 End or as a DT in the Steelers scheme, but regardless of where he plays he would not have to start right away, which is a good thing. He is an elite runstuffer who displays incredible athleticism and power, but he needs to develop his hand usage and pass rush moves. He’s looks Chris Jones-esque at times, and he would get the opportunity to work with a very good D-line coach in Karl Dunbar to develop into a potential starter and late round steal.

Round 6, Pick 176 – Keenen Brown, TE, Texas State
Brown is one player that I think should be getting a lot more hype than he is. A converted wide receiver, he displays great traits as a receiver. He can win on 50/50 balls, make people miss in the open field, and wreak havoc on opposing defenses. As a blocker, he just as good. He played in a very run-heavy offense at Texas State, so he regularly runs people over as a run blocker. He could stand to develop a little more as a pass blocker, but I think he’s shown flashes of dominance, he just needs to get a little more consistent. He’s not the tallest at only 6’3, but he’s got a huge frame and can develop into a very good starter.

Round 6, Pick 194 – Alex Bars, OG, Notre Dame
Bars suffered an ACL/MCL injury this past season, so he isn’t being talked about much, but he’s a super disciplined player who displays great technique and quick footwork. Notre Dame coaches raved about him, and head coach Brian Kelly talked about how big a loss his presence in the locker room was for Notre Dame. He could be a day 3 steal for the Steelers, who need depth at guard.

Round 7, Pick 221 – Darwin Thompson, RB, Utah State
Thompson is undersized (5’8), but he’s a an electric player. He’s a lot stronger than you’d think for his size, and he displays elite contact balance mixed with homer in speed. He flashed ability as a receiver while at Utah State, and having seen some of his athletic testing numbers (bench press, 40 yard dash, etc) they are absurd. They are Saquon Barkley type numbers. He’s a nice change of pace back, and the Steelers could use that, considering the two backs they currently have on the roster in Conner and Samuels. Thompson is a playmaker in the mold of Tarik Cohen and he’d give the Steelers three good young running backs, all of whom complement each other in terms of play-style.

Thank you for reading this article! I hope you enjoyed it, and as always let me know your thoughts down in the comments!

If you have any thoughts or just want to talk about the draft, follow me on twitter @ETScouting ! 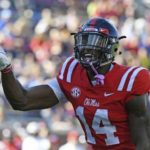 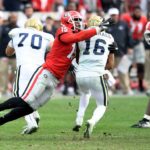 Seriously why is everyone falling in love with WR’s who had limited route tree’s or are raw as heck? Fans ripped JW for his lack of route running so why would Lodge be any different? Please don’t say “It’s because of the offense he played in” cause that is an excuse not a reason as to why he had a limited route tree. Gee why doesn’t surprise me, another fan who wants a freak type TE instead of a solid all around Jesse James type guy. When will fans get over this obsession with those type of TE’s and be happy with what is on the Steelers roster? Why have a Zone Coverage type ILB in your draft when that’s exactly the type of Defense that today’s TE’s will exploit? A Raw DT is your 4th round pick why? Weren’t there any better options on the board or did you decide to shoot from the hip?