Why Optimism For The Steelers Isn’t Out Of Order 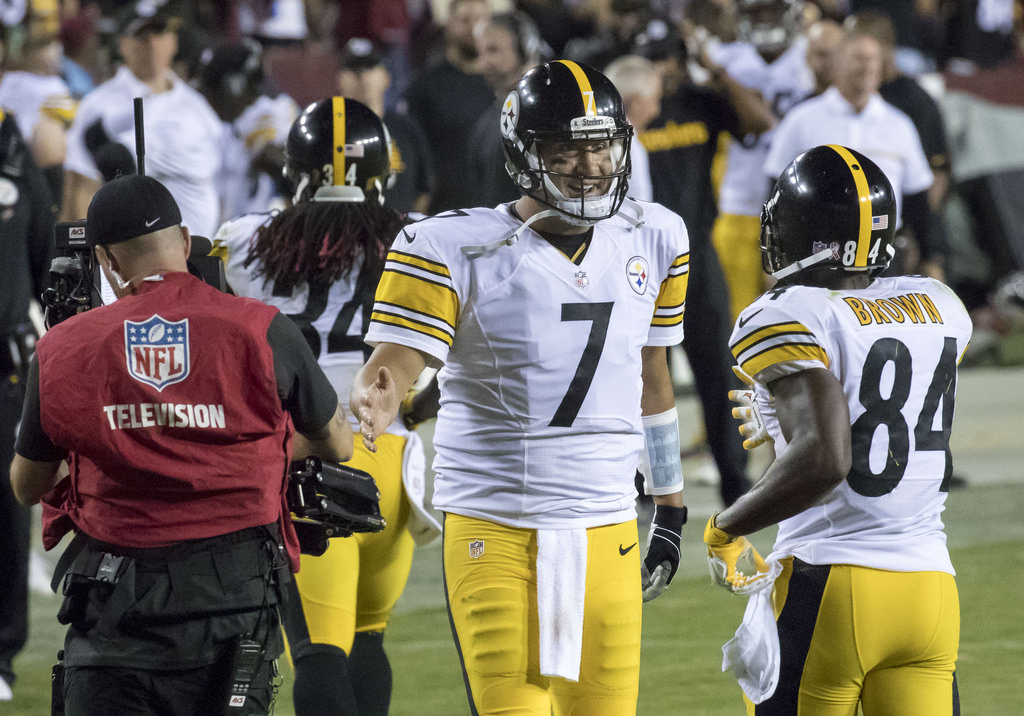 Following a shootout win over the Bucs on Monday night, it seems as if the Steelers have righted the ship. A shaky start in early games and no shortage of off-field drama had led to a lot of doom and gloom, with some already going as far as to say that Pittsburgh – considered a Super Bowl contender in preseason – might miss the playoffs altogether. Monday night’s win doesn’t mean Steelers fans should be booking tickets for Atlanta just yet, but there are some renewed reasons for optimism.

Roethlisberger’s Still Got It

Understandably, Ryan Fitzpatrick was the story going into Monday night’s game, as well as coming out of it. “Fitzmagic” as he’s now being called has had an incredible start to the 2018 season, becoming the only player in history to open the season with consecutive games of over 400 yards passing and four touchdowns. Despite all this however, Big Ben matched him toss for toss on Monday, and now has over 1,100 yards passing in just three games. Those who never lost faith in him will be rolling their eyes right now, but plenty of people had wondered, not without reason, whether Roethlisberger might not be able to carry the Steelers anymore. That question seems to have been answered in the early going, despite the team’s mediocre record.

Antonio Brown Is Good To Go

For most of last week, Steelers fans were forced to question the unthinkable: what if Le’veon Bell and Antonio Brown left this team over internal disputes? This appears to be a lingering question with Bell, but Antonio Brown seemed like himself again after Monday night’s win. He discussed the Steelers “blocking out the noise” of the past few weeks, and appeared to be happy with the win despite JuJu Smith-Schuster leading the receiving this time around. Winning fixes a lot of problems and it seems that Brown, at least, is in it for the long haul – and possibly with the best wide receiver teammate he’s ever had operating opposite him.

This time last year the Eagles were a perfectly ordinary 2-1, with a shutout loss to the Cowboys on their résumé. They wound up rampaging through the playoffs and entered the Super Bowl with winning odds before taking home a championship. That’s not to say there is any particular similarity between Philadelphia’s start in 2017 and the Steelers’ 1-1-1 record at the time of this writing, but it does serve as a reminder that the landscape after three weeks seldom means much. Contenders emerge in the middle of the season and strengthen thereafter – they’re rarely completely visible in the beginning.

The Le’veon Bell situation is only going to get more interesting from here on out. There are teams that would trade for him, but it remains to be seen what the Steelers are looking for in such a deal – and what they’d be able to get. In all likelihood they’ll be offered a pick as the biggest return, and a team looking to add Bell will be looking to win this season (and thus not give up too many valuable pieces). Nonetheless, Bell is about the most valuable trade chip you could imagine, so it’s not out of the question that we see a rare midseason blockbuster that lands the Steelers more impact players for the stretch run.

The Division Is A Toss-Up

Lastly, the division is a toss-up. The Bengals have overperformed to date, and the Ravens have looked good but not great. The Browns, meanwhile, are suddenly a serious football team that looks as if it’s going to win at least a handful of games this year. It’s actually a strong group – but also one without a clear favorite. As good as all of these teams have looked at times, it’s hard to say any one of them is definitively better than the Steelers on the field, which gives Pittsburgh every chance to take control as the season progresses.