Home WPIAL Who will win the 2020 WPIAL Passing title?
WPIAL 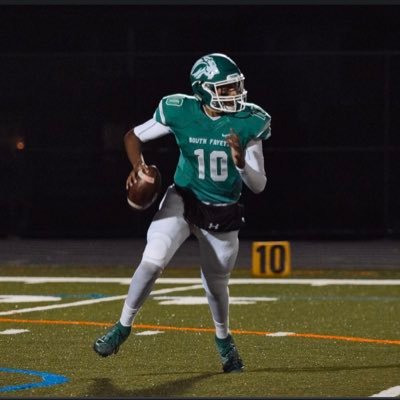 The race for the WPIAL passing title has seen some historic seasons in recent years. In 2018, Sto-Rox junior Eric Wilson became the first player in WPIAL history to throw for over 3000 yards in the regular season. Wilson threw for 3003 yards and 38 TDs and was expected to defend his title in 2019 but was edged by South Fayette’s Naman Alemada by just 6 yards. Alemada finished the 2019 regular season with 2591 yards and 29 TDs, edging Wilson’s 2585 yards and 25 TDs. With a shortened regular season this year, it is unlikely the passing champion will put up the big numbers we have seen the last few years. Last season, through six games Wilson and Alemada were both around 2000 yards.

Here is a look at the top contenders for the WPIAL passing crown. Of note, their passing stats from last year are full season statistics, which include both regular season and playoff outings. Typically the “Passing Champion” is the player with the most regular season yards.

Last year’s Passing Champion returns for his senior season and is the clear favorite to repeat atop the rankings. In addition to playing for a program with a history of quarterback success, his top three receivers. Alemada will be able to spread the ball around between Charley Rossi (820 yards, 8 TDs), Ryan McGuire (778 yards, 8 TDs) and Joey Audia (738 yards, 8 TDs). All in all, he has the talent, experience, program tradition of a passing offense, and supporting cast to repeat as the WPIAL passing champion.

Cole Spencer is a multi-sport star who has already committed to Penn as a wrestler. He has a WPIAL title under his belt which he won as a sophomore starting QB for Pine-Richland. Last season he took the Rams back to the WPIAL final where they fell to Central Catholic. This year, Pine-Richland moves down to 5A and returns 3 of their top 4 receivers. Eli Jochem (1065 yards, 14 TDs), D’avay Johnson (610 yards, 8 TDs), and Luke Miller (356 yards, 7 TDs) all return for the Rams who have their sights set on another WPIAL title and possibly a run at the state title.

After going through some tough rebuilding seasons, Burrell bounced back last year. The Bucs had a winning record for the first time since 2012 and finished in a tie for the last playoff spot, missing the postseason on a head-to-head tiebreaker. Their resurgence was in large part due to the play of QB Alex Arledge who raised Burrell’s offensive output by nearly 10 points per game. The Bucs will add a new slate of skill position players around him this season, but with coach Shawn Liotta’s “No Huddle No Mercy” offense, there will be plenty of opportunities to fling the ball around the yard.

Logan Pfeuffer led Peters Twp to their first WPIAL Championship Game appearance in school history. The Indians lost their top three receivers to graduation and will have to work in some new offensive playmakers around Pfeuffer this season. After coming up just a point short of Gateway in the WPIAL final, Peters has their sights set on making another run at the crown. They will first have to navigate an incredibly difficult Allegheny Six Conference, which could set the stage for some showdowns between the WPIAL’s top passers.

Dahlem and WR David Pantellis were the top tandem in the WPIAL last season. Pantellis led the WPIAL in receiving yards. Both players return for their senior season. With the established connection and a number of returning starters for the Panthers, Dahlem can contend for the WPIAL passing crown. Playing in a conference with South Fayette, Peters Twp, Moon, West Allegheny, and Bethel Park figures to have the “Cardiac Cats” in a number of close games again this season, which should mean plenty of attempts in the passing game for Dahlem.

Dudley might be the best all-around QB in the state of Pennsylvania this season. Last season he threw for over 1900 yards and ran for 555 yards for the WPIAL Champions and PIAA runners-up. Central Valley returns a number of key offensive starters and is not only the favorites to win the WPIAL 3A crown but one of the top contenders for the state title.

Carsen Engleka (Gateway) – Gateway will have a new starting QB this season but has been a successful passing team in recent years. Last year the Gators had 7 players with at least 200 receiving yards. Four of them return led by Derrick Davis (547 yards) and Patrick Body (467 yards, 4 TDs), who both have D1 offers. Gateway has the big-play talent at receiver to give Engleka a chance to contend for the passing title.

Nate Harper (Avonworth) – Harper was the backup to Park Penrod last year for the Lopes team that went to the State Championship Game.  Avonworth has produced a number of quality QBs over the years and returns two of their top targets in the passing game.

Logan Shrubb (Keystone Oaks)  – Shrubb joined the 1000/1000 club last season by throwing for 1590 yards and running for 1231 yards. His dual-threat abilities should be on display once again this season and he has the talent to keep KO in the hunt for the playoffs. 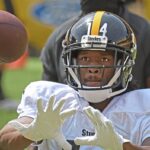 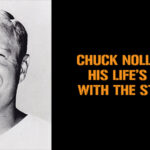