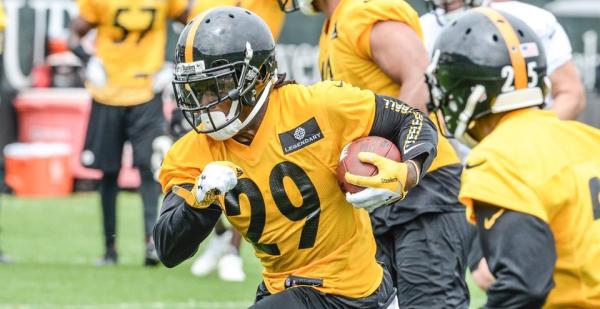 First off, let’s define “OTA’s.” The official definition is “Organized Team Activities” which are periods of time during the offseason for coaches to start developing talent. It is not uncommon at all to see teams start installing good portions of their offensive and defensive playbooks as well.

With the Steelers underway today, here are a few things I’m looking for.

1. Is It Shamarko’s Spot to Lose? For the first time in a long, long time, Troy Polamalu will not be lining up at his strong safety position. My question is, who will? All indication are that Shamarko Thomas will get every opportunity to fill #43’s shoes.

The third-year man from Syracuse, who the Steelers traded up to get, knows his time is now. He saw only a handful of snaps on defense in 2014 after getting over 150 in his rookie campaign.

2. Is There a Battle Brewing for the #3 Wide Receiver Spot? With rookie third-round pick Sammie Coates in the fold, how will this shake out for Markus Wheaton and Martavis Bryant? Wheaton and Antonio Brown enter as the top two receivers for the Steelers but I don’t think it’s a stretch to suggest Bryant could become the #2.

If that happens, can Coates overcome his “hands” issues to wrestle the third spot from Wheaton? There’s no question that Coates has the physical tools to be an NFL wideout. If he can develop a nice relationship with Ben Roethlisberger and can make the proper reads then the sky is the limit.

3. Who Steps From the Shadows to Make a Mark at Linebacker? All offseason, I’ve heard nothing but good things about Jordan Zumwalt who has packed on 20 lbs of muscle which matches his fiery attitude. He’s not the only one however looking to make a splash.

Howard Jones, who was a “training camp phenom” last summer will battle it out with the guys already in place. Don’t forget about CFL product Shawn Lemon too who excels at getting to the quarterback and creating turnovers.

We can’t forget about these guys with all the attention paid to Bud Dupree, James Harrison and Jarvis Jones. 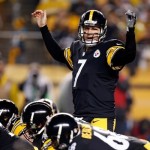 Sharmko wil lbe the man, I think Ben has always wanted some size at wide receiver Brown Bryant and Coates could give him what he wants. For third question it all depends on if they give Jones so much of a chance that you won’t even see what his competition looks like.

[…] I posed three questions that I’m curious about in terms of these OTAs in Pittsburgh. You can check those out right here. […]