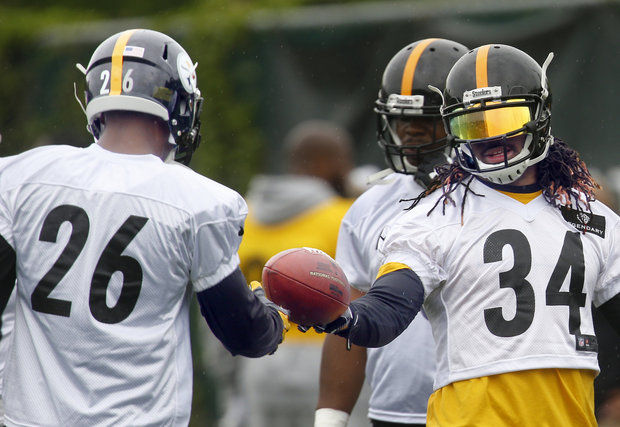 One of the more unique things about professional football in the salary cap era is that nearly every team has at least one position that is significantly weaker than many of the others. While it varies year-to-year, the position of biggest need is usually the focus of said team as they head into free agency and the draft. For the Pittsburgh Steelers, running back is not going to be high on the need list but it is an area that lacks any form of certainty compared to other positions.

The position is unstable because from the top down there is a curious amount of uncertainty. We have every expectation at this time that Le’Veon Bell will be back despite being a free agent. The Steelers will most likely place the franchise tag on Bell which will be expensive but it will also give them time to sign him to a long-term deal. So for sake of argument, I’ll assume Bell is back as the #1 running back for 2017.

DeAngelo Williams is a free agent and will be 34 years old on April 25th. While he’s been one of Kevin Colbert’s best free agent signings, he also spent a lot of time in street clothes this year because of an injury. Williams is normally very dependable and well-liked in the community but with Bell’s injury history I think the Steelers must get younger here. Fitzgerald Toussaint would seem to be part of that movement towards more youth but I’m of the mind they have to do better.

Toussaint isn’t a bad option at running back and has shown he’s capable of being a replacement from time to time but the Steelers have to have an upgrade. Toussaint is also no threat in the kick return game either so his spot on the roster in 2017 is anything but guaranteed.

There are several backs on the practice squad and the most intriguing among them is Karlos Williams. The former Bill has served all of his recent ten game suspension and while he’s still on the practice squad, will have the opportunity to make the roster. In 2015, Williams carried the ball just 93 times but was over 500 yards and scored seven touchdowns. If Williams, whose brother Vince plays linebacker for the Steelers, can get in shape and make better decisions off the field then he’s an option the Steelers will consider.

The amount of unrestricted free agent backs is pretty overwhelming but I don’t see anyone at the moment that strikes me as someone the Steelers must sign. I’d be remiss if I didn’t mention that Eddie Lacy is a free agent. If you recall, he came out the same year as Le’Veon Bell but he’s battled weight issues and injuries as well. Wouldn’t that be a weird twist of fate if backed up Bell? Ya, I don’t see it happening either.

I have a feeling the Steelers will look to the draft for a running back but I don’t see it happening until late. At that point all you’re really looking for is someone who can be a viable backup and a good special teams’ player. If you get lucky, you find a diamond in the rough who can contribute significantly. At worst, you get a serviceable reserve.

Where the Steelers currently are though, the need for running backs is stronger than some might think. There is uncertainty and there is demand for guys who can fit multiple rolls on this team. Where they look for this help is anyone’s guess right now.