In case you missed it yesterday, “The Walking Dead” super fan DeAngelo Williams has been invited to be on “Talking Dead.” This is the show that immediately follows new episodes of The Walking Dead and often features a star of the show along with one or two other guests. I fully expect that DWill will be an excellent guest who should have plenty of takes and lots of questions.

Well, I really thought the Steelers would have made some coaching changes by now. They still may but the sooner the better and frankly, I don’t know what’s taking so damn long. Why Danny Smith is still employed is beyond me.

Tweet of the Day… A harsh reality we all face Vince!

Lebron not Superman no more. Melo only good in the post. Yeah I'm getting old.

The following is a transcript from Gerry Dulac’s live chat (h/t post-gazette.com) from this week. It once again illustrates why these guys need to do their homework or retire.

frank ca: As much as I liked to watch AB return kicks, I was glad once they took him off that for the fear of injury. I have to say, I would like him off PR’s as well. With that said, a players like McCaffrey out of Stanford looks like a solid draft pick since he can fill that roll as well as a viable back up RB who can also fill in the passing game much like Bell. Your thoughts?

Gerry Dulac: Well, I like your thought about McCaffrey. Tremendous role player. But AB never returned kicks, only punts.

So AB never returned kicks huh? Brown has 47 career kick returns including one touchdown. I mess up with stats sometimes too but at least I would know what a player has done and hasn’t done. Sheesh.

With so many teams needing edge rushers ahead of the Steelers who sit at pick 30, don’t rule out another cornerback here. The CB depth is really good in this draft but if the edge guy the Steelers really like isn’t there why reach for one? Finding another athletic and physical CB to go opposite Artie Burns is high on my list.

It’s been over two weeks now and while I’m not losing sleep anymore over the Steelers’ loss in New England, I still can’t get past how bad the team looked. I take nothing away from the Patriots. They are what they are but man…. What a poor effort we gave.

Anyway, time to look ahead! It’s the weekend! Have a good one Steeler Nation! 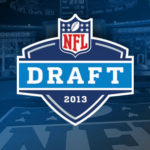