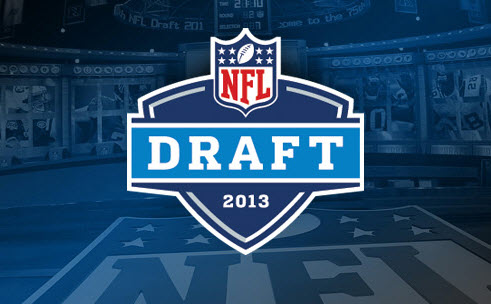 So the Pittsburgh Steelers offseason is upon us. This is the time where fans are rather optimistic about the team’s future or pessimistic on how the season ended. I want to look back to see how the Steelers have drafted and how they have done. So let’s look at the 2013 draft of the Steelers.

For my review, I will only compare their picks to others after them in the same round. Too many things can happen between rounds to know who would be available.

This pick has been a foul tip at best. Since the pick was 17, there were several people that would have made the Steelers better. Eric Reid, Kyle Long, or Matt Elam have all been decent and would be OK. I think the Steelers would have been better taking corner back Xavier Rhodes. If you wanted to have an offensive weapon, imagine Antonio Brown teamed with DeAndre Hopkins.

There were a lot of shocked people when the Steelers left Eddie Lacy on the board in favor of Bell. I think this pick speaks for itself. Bell will be a free agent for all of zero seconds while Lacy might be had for a cheap price.

This pick will be viewed by some as a good pick done in by injuries. Others will view this pick as a horrible pick that wasn’t worth it. Wheaton will be free agent and unless he comes back on a very cheap contract, he will be with another team. There is only 1 pick that came in round 3 after the Steelers that would have made a grade A. The Baltimore Ravens took Brandon Williams and he has been a strong force on the defensive line. He would have been a great center piece around the current defensive ends. Oddly, he might be a free agent this off season. As good as he has been, the Steelers don’t need to break the bank to sign him as they now have a possible long term defensive tackle.

Shamarko has been a strong special teams player when healthy. The problem is that he was sold as a replacement for when Troy Polamalu stepped aside. Troy is now gone and Shamarko has barely played on defense even as a backup player. When you review the 4th round, there are not many players that have excelled. The fact that Steelers had made a trade to acquire him makes the pick even worse.

He has been a backup with the Steelers since day one. Not sure I have seen a backup quarterback with the Steelers get so much hate and praise as him. I think he is a decent spot starter at this point but I still didn’t get the pick at that time. When you look over the rest of the round, there wasn’t many others I would take. Since we did not have full back Roosevelt Nix at this point, I would rather have taken Kyle Juszcyk instead.

Another player that never made it to a team. I would love to say I would take a running back this round as Spencer Ware, Rex Burkhead, and Theo Riddick was there. Since they took Bell, I would understand not taking a back. I would say the better pick would be the one that is now on the roster in Cobi Hamilton.

Why give an A to a player who has been a spot starter and a special teams player? I would say that you need to watch him play. There is a reason the Steelers extended him beyond his rookie deal. He is intent on hitting the other team as hard as he can. Plays with passion and intensity that is signature of the Steelers. If Lawrence Timmons is back, I would still think Williams will get more playing time. For the round he was picked in; you couldn’t ask for a better outcome.

Unlike Vince, this Williams never made the team. Looking over the 7th round that year tells me that there really weren’t any players that really made the NFL. Any pick here would have been viewed the same way.

Depending on what you want to see from a draft will shape how you grade it. I would always like 1 pro bowler, 2 starters, 2 depth, 2 projects. Projects are players they hope to build on practice squad but might fail.

In this draft they got the pro bowler in Bell and currently Vince Williams and Wheaton where depth players. Vince has shown he was a capable starter though. I will even put Landry in as a depth player. The problem is that the draft class is missing 1 starter and project players. If not for Bell and Vince this class would score an F. With those two, I will say the grade should be C.

This is the draft that shows the experts don’t know everything. From the combine to the first day of training camp this was thought to be a very strong draft. Well if you look back at the picks you just shake your head. I will confess i even screwed up i thought Bell and Jones were wasted picks. But i did want us to draft Mathieu and Eifert. I don’t think very many teams hit this draft but what didn’t happen after this draft was the RB position being revalued. Before this draft expert were saying the game has changed it and it would be a long time before a RB would be taken in the first round. Well they were wrong there too.

Mathieu has missed 14 games in 4 seasons and ended 3 of his 4 years in the NFL on injured reserve.
Eifert has missed 27 games and finished 2 of his 4 seasons on injured reserve.
If a player isn’t available, especially in the playoffs, is he really worth having in a key role on your team?
I don’t think that Jarvis, Mathieu or Eifert have paid great dividends, for various reasons. None were great picks. Bell probably was, but he has some warts too.