The Steelers’ Bill Cowher Gets His Call to the Hall 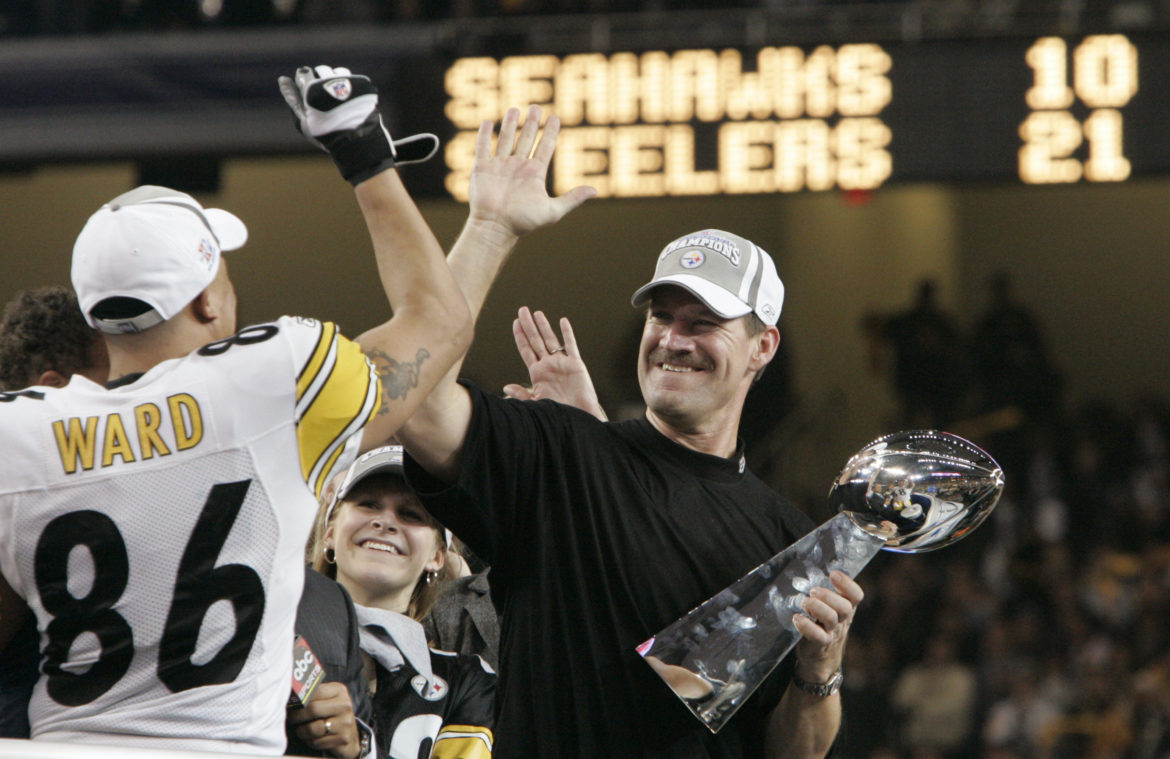 This is not a time to debate Bill Cowher’s credentials. It is a time to celebrate the long time Pittsburgh Steelers’ Head Coach’s selection to the Pro Football Hall of Fame. He is the first member of the NFL’s Centennial Class and is one of two coaches who are to be selected by a blue ribbon panel.

Cowher’s teams made the postseason in ten of his 15 seasons and were known largely for a punishing rushing attack that featured Barry Foster and Jerome Bettis and the famous ‘BlitzBurgh’ defense. That group was led by guys like Greg Lloyd, Kevin Greene and Joey Porter who created havoc for opposing offenses.

While there are many great things to point to with Cowher, there are those who believe he underachieved. He appeared in six AFC Championship games winning just two. All four of those losses took place at home to New England twice, Denver and San Diego once each. You could argue that all four should have been victories for the Steelers.

But as I said in the opening, this is not about that debate because now it really doesn’t matter. Cowher’s credentials and the high degree of respect he has garnered from players and fellow coaches is rivaled by few. His selection into the Hall of Fame could be the first of several Steelers. Troy Polamalu, Alan Faneca and Donnie Shell all stand great to solid chances of joining Cowher. Let us today celebrate the selection of a true Western Pennsylvania native to the Hall of Fame.