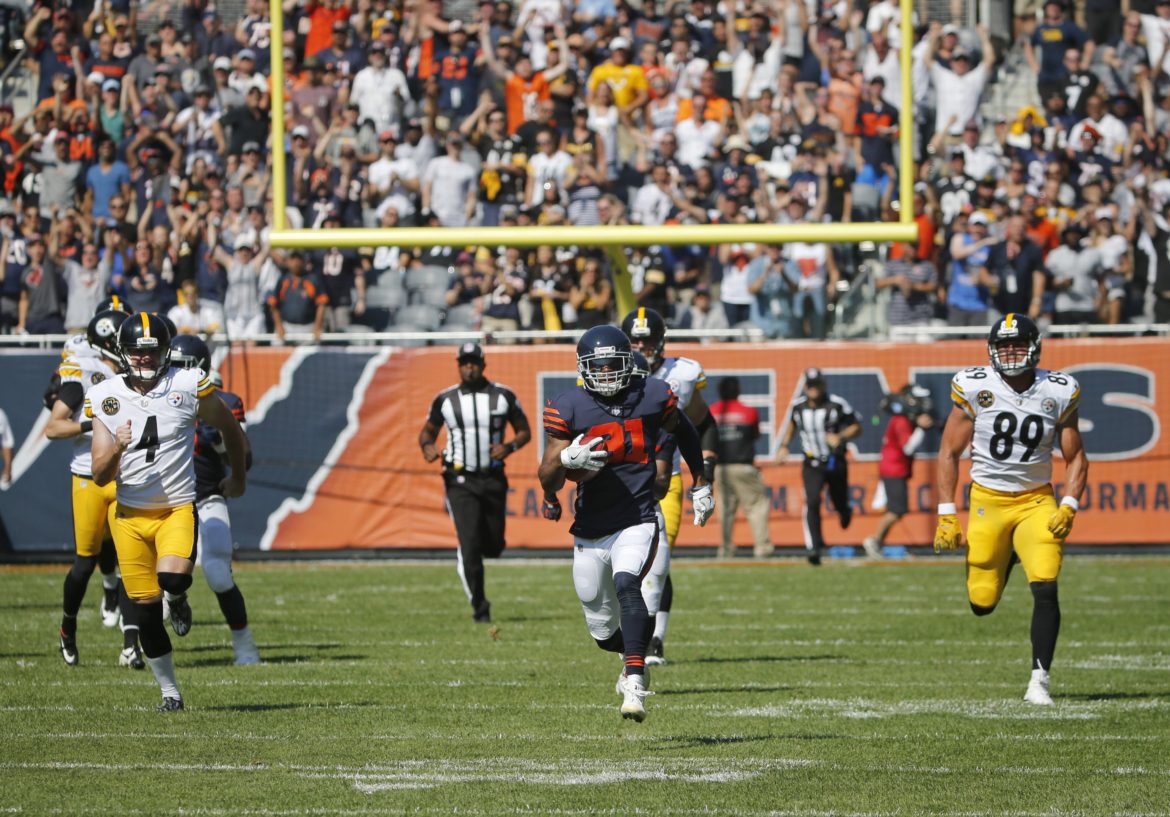 Things were looking so good weren’t they?

The season got off to a wonderful start when Tyler Matakevich burst through the Cleveland Browns’ line to block a punt which Anthony Chickillo would recover for a touchdown. Matakevich struck again in week two by sniffing out the Minnesota Vikings’ fake punt and Chris Boswell had been as solid as gold as well.

Literally the play of the game, the blocked field goal which ended a streak of 18 straight successful attempts for Chris Boswell should have never happened. For whatever reason, Xavier Grimble, the left wing, dove inside. He apparently thought the man going to the outside would not be a threat. Taking the inside man first should be priority but he was already being engaged by Cam Heyward. Thus, the Bears’ had a clean shot at the block.

That block would ultimately result in a six-point swing and it doesn’t take a mathematician to tell you that this would have resulted in a Steelers’ victory.

Steelers’ Punter Jordan Berry struggled in the preseason and it has continued into the regular season. He ranks 31st in the league in average with just 41.9 yards per kick. His main strength has been dropping balls inside the 20 (he’s currently tied for 17th) and while that’s important, Berry has been unable to hit those big punts teams need to flip field position.

I will contend as I did in recent years with the place kicking position, that the lack of competition for Berry in Camp was a major mistake by Mike Tomlin. Competition almost always forces greater performance even if the incumbent is solidified with their job.

As for the return game, that’s still a mess of epic proportions. After stopping the Chicago Bears early in the first quarter, Eli Rogers muffed a punt. Why he did is a bit of a mystery but he looked like he may have lost it in the sun or just flat-out miscalculated where the ball was coming down. Either way, it was first down Bears which turned into touchdown Bears.

The Steelers do not have a player even listed among the punt and kick returners on NFL statistics. The lowest average kick return is barely over 18 yards per return and the Steelers can’t even muster that. In many ways this is reminiscent of the lack of attention to the secondary.  Eventually it comes back to haunt you and this past week it did and it will for the foreseeable future.

I have long been an advocate for the removal of Danny Smith as Special Teams’ Coach. Despite my earlier praise of his unit after two games, I find myself right back in the same position. Smith needs to go and the Steelers overall need more attention to special teams.