In two unusual moves yesterday, Captains Ben Roethlisberger and Cam Heyward addressed the media about the National Anthem decision the day before. Earlier, Roethlisberger had issued a statement stating he wished things would have been different and that they’d have gone out for the Anthem. The main feature however was Alejandro Villanueva who also spoke to the media. I thought he said the right things and seemed as genuine as he could be. He admitted to being a bit “embarrassed” by all of the attention and went on to defend Mike Tomlin and his teammates.

What none of us, and I do mean “none of us” can do is get inside Villanueva’s mind. I know he’s extremely proud of his service (as he should be) and I also know from his words he would have taken no offense had his teammates chosen to take a knee. That said, do not assume you know what Villanueva has been thinking. Too many people have speculated about what he must do or how he must act simply because they think they know “military types.” Big Al has spoken and the matter should be finished but something tells me it won’t be. People have too many damn self-righteous agendas to serve.

Tweet of the Day… Coming from a woman who belittled a towing service employee because she was “inconvenienced.”

If you think Alejandro Villanueva wasn't pressured by teammates or Mike Tomlin to back-pedal, you're crazy. Tough spot. #Steelers

The Steelers have two significant problems right now. Their run defense has been exposed and their offense is struggling to find rhythm. While the no-huddle was briefly (and led to Antonio Brown’s touchdown), I’m of the mind it needs to be used more.

For those of you who have tweeted or posted on Facebook that you are no longer a Steelers’ fan because of this past weekend’s events…. See ya in a few weeks.

As  much as I love Ramon Foster I think the Steelers are better in the running game with B.J. Finney at guard. In the few games he’s been inserted at guard in place of Foster the run game has taken a step up. That said, I do not think it will be easy to run on Baltimore regardless.

Check out Ian’s GIF Recap right here. And Cnic’s Takeaways From the Game are right here as well.

I’m ready to once again get back to football and I hope you are as well.

Have a good day Steeler Nation! 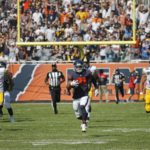 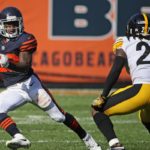