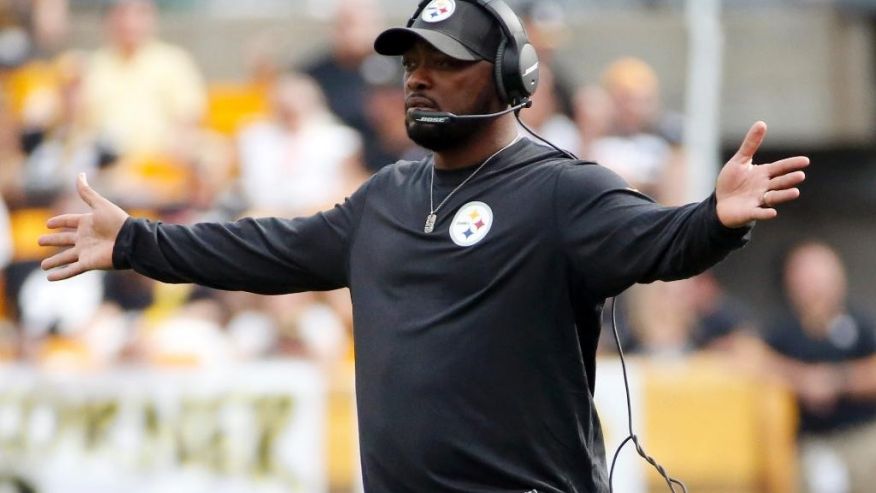 The team looked good this past weekend and appeared to be getting on the same page. Offense made big plays when they needed too. The defense made some major plays at the right time. Touchdowns and interceptions were great to see. Throw in a sack or two and I was able to enjoy my popcorn.

A couple days have passed since the game was played and that euphoria I had has left. Despite having a good feeling after the game, I am still nervous for the Bills game and not just ’cause the Bills don’t have a winning record and are at home.

The one thing that I can see that can hold this team back is not the secondary or offensive play calling. It is critical penalties at the wrong time. A holding call after Le’Veon Bell picks up 20 yards for a 1st down or a pass interference on the defense after sacking the QB.

The penalties are not just on one player. They have been spread across the team like a virus that the team can’t shake.  I saw some calls by the refs that were minor as well as missed calls. Early on you can see the officiating was not going to be consistent. This time of year you cannot let officials cost you the game.

Being a half game back behind the Ravens is not the ideal situation. Losing another game because one of your best players doesn’t hustle off the field on 4th down is unacceptable.

Did that cost the Steelers this week’s game? No. Could that penalty hurt the team down the road? You better believe it. Imagine having to kick to Tyreek Hill a second time after they hold him to no gain.

I have heard many blame the penalties on the lack discipline or coaching. That might have something to do with it. Like I tell my kid “I can only teach you right from wrong, you need to choose for yourself”. The players need to take pride in their work.

With the battle ahead the players need to be more sound. The best laid plans can go wrong when you lack the focus to see them through.

The Steelers have been the better team the last 3 weeks from just a talent perspective. Can that talent stand more of those mental mistakes over the next four games? I would argue that the Bills will present the toughest challenge they have had since New England.

You can say Ravens and Cowboys might have been tougher but Ben was being the Ben we have seen when he comes back from an injury. The Cowboys game was a tough game but Cam Heyward was out there with one arm.

This weekend the team is in a midst of a streak against 2 back up QBs and a team that abandoned the run game before the first quarter was over.

The Bills have a decent QB with a ton of athletic ability. They have 2 running backs that are getting the job done. Sammy Watkins seems to be getting healthier. This is the type of game where penalties will doom a team. The offense has to sustain drives and the defense needs to get off on third downs without giving up free yards.

Not to mention that this game is on the road and will be noisy despite the home team’s record. Can the Steelers win this game mentally or will the fans need to hope a Gronkless Patriots team will win Monday more than we already do?