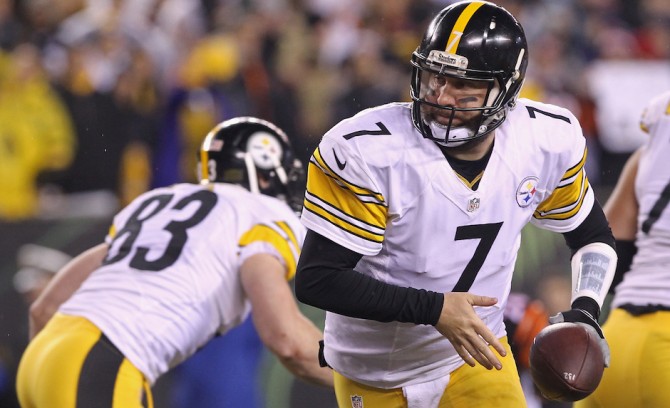 The 2015 Pittsburgh Steelers ended their season this evening in Denver with a 23-16 loss to the top-seeded Broncos and they really shouldn’t hang their heads. While 31 NFL teams end their seasons in failure, only one gets to call their season a success. With all that the Steelers faced this year, some will call it a success of sorts but I can’t get myself there.

Instead, I can’t help but wonder “what if…”

What if… LeVeon Bell had never gotten hurt? Would that have been him carrying the ball that Fitzgerald Toussaint fumbled away tonight? Bell as you know doesn’t fumble the football and likely wouldn’t have in that situation.

What if… DeAngelo Williams had been healthy? DWill had been so good in place of Bell all season long until the season finale when he suffered the foot injury the caused him to miss both playoff games. Would he have been carrying that ball today?

What if… Maurkice Pouncey hadn’t been lost for the season? While I think Cody Wallace did a yeoman’s job in his place it’s hard not to think of what Pouncey may have allowed this unit to do in both the running game and passing game.

What if… Brandon Boykin had been used on defense sooner? Boykin wasn’t the be-all, end-all for the Steelers’ defense but he made a difference in coverage. Could his presence have provided the Steelers with an extra win or two?

What if… the durable Antonio Brown isn’t knocked out of today’s game? I can’t say what his presence would have done in the outcome but it’s fair to suggest it could have made a huge difference.

What if… Chris Boswell is signed immediately after Shaun Suisham was lost for the season? Think of how different things might be had Boswell been kicking and not Josh Scobee in the first month of the season. Again, this team may have been playing at home today.

The Steelers played hard today and probably showed better than most thought they would considering the adversity they faced. In the end it was too much to overcome.

As the wheels go up tonight on the flight home I have to believe many minds will wonder about this season that is now over. They, like we the fans, will wonder what if? 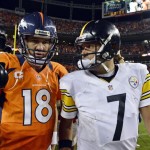 Steelers’ Ben Roethlisberger With Half An Arm Or Denver’s Peyton Manning’s Noodle Arm?

You left a few off your list. What if we left the bubble screens and power o’s in the closet. What if we used our challenge flag on at least 1 play. What if we would play our db’s up knowing Peyton had no arm [you better believe the Pats will]. But all and all i think we did a great job with everything that we went through.are’s to take it to the next level include first, best man up, simply field the best team we can. Second we really need a top rate nose man. Third play some of these young guys Coates, D. Grant, T. Murphy, J. James, Chickillo. Overall we did pretty good.

I had plenty more ‘what ifs’ but only so much time and space to write! 🙂

for some reason my post came thru part way deleted

All I wanted was for the Steelers to win this game so that every expert who sat in a chair and said the Broncos would win by 10+ points would have to apologize and eat crow instead we as Steeler fans have see either Brady or Manning get another at a ring when they don’t need it and Ben is left with 2 rings even though he should have 3 but that debate has gotten me blasted over and over again. If either of those 2 get another ring before Ben does it will just be another stake in the Steelers coffin. I ask why this happens year in and year out for the Steelers? it seems that fate or Karma or some other supernatural force keeps Manning and Brady in the Superbowl but not Ben as if to say Ben needs no more rings the league would be better served to have either Manning win his 2nd ring cause he has blown 2 other title chances or see Brady get a 5th ring and be allowed to get away with everything the Pats do. I ask you fans why does this continue to happen? Now we as fans don’t get another shot at P.Manning until what the 2017 playoffs or the Steelers may never get that shot again at his old noodle armed a** while he and Brady play in another AFC Title game which is on longer fun anymore. What exactly is the point of watching the whole NFL regular season if it continues to end up as Brady vs Manning AFC Title game again? Hey I know fans are going to say that everybody will be back healthy next season and they still have a good shot to get back there again but how would you guys know? For all we know 2016 could be a season in which the Steelers don’t make the playoffs and then what would happen? Answer me those questions and respond to my rant.

Oh for crying out loud they have there future NT and it’s McCullers but you are all to blind to see it. For the young guys to play they have show Tomlin and the other coaches in practice first that they can play. Coates saw more action only because of AB being hurt. The reason why he didn’t get more playing time is that the knock on him out of college was “he’s a raw route runner” which is something a number of WR’s in today’s NFL have been known for coming out of College and I promise you in this year’s draft you will find that assessment again placed on some WR’s. In the NFL you have to earn what you get. Guys like Grant, Chickillo have to show Tomlin that hey I can play this game and that starts in practice.

[…] the AFC Divisional Playoff loss to Denver, I wrote about all of the “what-ifs” for the Steelers. Unfortunately those thoughts have only been reinforced after what I saw last night. That’s […]