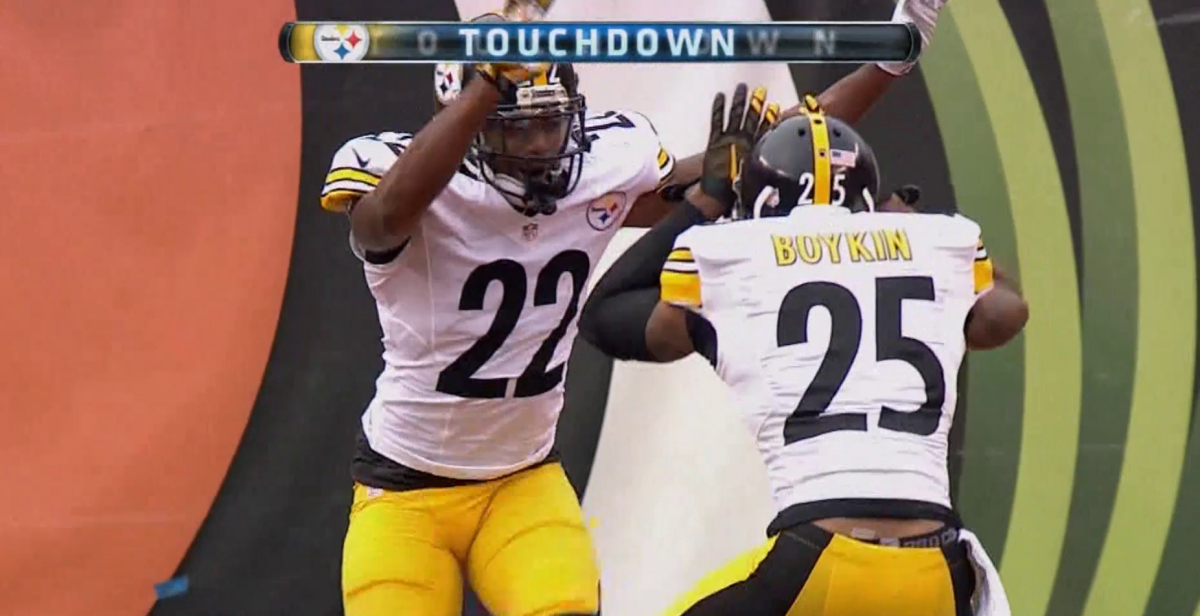 From Antonio Brown looking like Spider-Man on the goal post to William Gay’s “Bird Dance” in the end zone, these Steelers aren’t going to stop celebrating in the foreseeable future. While many fans don’t mind it and even encourage it, it has become clear that Mike Tomlin isn’t going to stop it any time soon.

During his weekly press conference Tomlin was asked about Gay’s celebration  in Saturday’s AFC Wild-Card game. Keep in mind, this celebration was penalized and followed Gay’s fumble return for touchdown which was correctly overturned. While no touchdown was granted, the Steelers had possession but were penalized 15 yards for the celebration.

Tomlin was as flippant and dismissive of the question as any I’ve heard him asked but did offer “I hope I’m doing the same thing when the defense scores again this week.”

So there it was in a nutshell. Tomlin could care less about his players getting celebration penalties. In Saturday night’s case, the 15-yarder moved the Steelers back into their own territory. Only because of the fleet feet (and ultimately superb hands) of Martavis Bryant did the celebration penalty become a non-issue.

But what will Tomlin say when one of these penalties does in fact cost his team?

Let’s remember that Tomlin is the same coach that banned players from exchanging jerseys with opposing players after games yet they have continued to do so. Therefore, we and the writers who attend his press conferences are wasting our breath when we ask about him putting a halt to excessive celebrations.

I’m really not a wet blanket when it comes to celebrating. I enjoy touchdowns as much as the next guy but what I don’t like is when one individual who decides to do all of the celebrating acts bothered when teammates want to join in. This is a team game isn’t it? I honestly could handle seeing a return to Washington’s beloved “fun bunch” because those guys had fun. They weren’t taunting an opponent, they were just enjoying the fact they scored.

I don’t mind a hard spike of the football followed by a gathering of teammates and I certainly don’t mind a guy who scores, hands the ball to the official and celebrates with teammates either. But when a celebration is so hand out of hand that it results in a 15-yard penalty then I have problems with it.

SCB Steelers Voice of the Fan Poll; Facing Denver in the Postseason 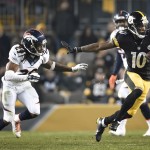 While I have gripes with Tomlin that include stubbornness and a touch of arrogance, I don’t think this is that big an issue. Tomlin’s response to media questions have more to do with his dislike for them than anything, IMO.
I think and have thought all along that Tomlin spends little time working on the celebration issue because he has a young team and he has bigger things to worry about. That’s especially true of the D. On O the only guy who does that is AB and that’s just a part of what you have to accept about AB. As long as he keeps giving us big plays as well, I’m ok with it. I don’t love it, but I know he busts his ass to be able to make those plays, so I make allowances.