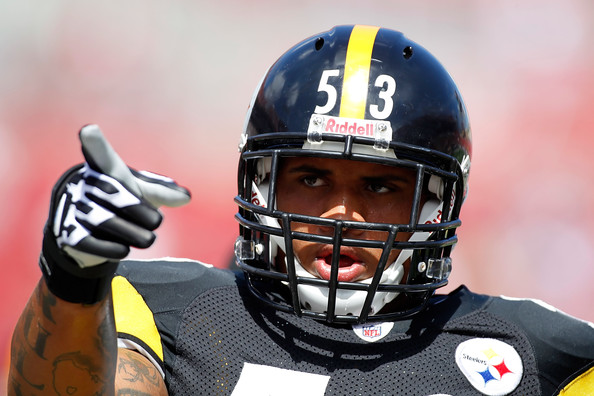 As you’re all too aware, things move fast in the NFL. Why would I be any different? With our Steelers now in the offseason, I’m already looking ahead with five bold predictions of what the Steelers may do between now and next season.

Lawrence Timmons Takes a Cut or Is Cut. The very first pick of the Mike Tomlin era is scheduled to be the second highest paid Steeler in terms of cap number behind only Ben Roethlisberger. While Timmons has been a model Steeler, his play has diminished and is no longer worth the money he is scheduled to make. The direction of the defense is up for question as well. Are they still thinking of transitioning to a 4-3? If so, that could spell trouble for Timmons as well. SCB writer Ben put together this excellent piece on Timmons’ contract and just what the Steelers would face by moving him.

Several Coaching Changes are Coming. Each year there is turnover in every coaching staff – it’s part of the beast – but I think the Steelers will see some significant movement this offseason. For starters, I think special teams coach Danny Smith is released as will be defensive backs coach Carnell Lake. Don’t be surprised if offensive line coach Mike Munchak takes a job elsewhere too. Call that one a hunch.

Heath Miller Retires. If you haven’t seen Heath Miller in front of a TV camera then you probably think he’s just a shy, quiet guy. In truth, Miller could be on our TV sets much more often because he’s interested in doing television once he’s done playing. Miller has done all there is to do in the NFL. He’s got two Super Bowl rings and will leave as the best tight end in Steelers’ history. He’s still an effective player but he strikes me as a guy who values his health and with a young family it might be time for him to move on to his life’s work.

The Steelers Will Attempt to Move Maurkice Pouncey. I was in the minority when I said I wasn’t happy that the Steelers gave Pouncey that big contract and that was for two reasons. One, while I think he’s extremely athletic, I don’t buy the hype that he’s one of the best. He gives up way too much inside penetration on pass protection for my liking. Two, he’s completely unreliable. This tweet sums it up perfectly.

Has there ever been a Pittsburgh "star" player more replaceable than him? https://t.co/kYPXYIn40a

Pouncey is due a roster bonus of about $3.5 million and there are very few teams that are likely to take trade for him with his health issues and large contract but I feel confident they will try to do something. I hope to have more on this soon.

Antwon Blake Returns. Yes, the scourge of the Steelers’ Nation will return and the reasons are simple as to why. First of all, Mike Tomlin likes him. Second of all, he plays the run well which in my opinion is becoming an antiquated way of thinking and third he’ll be relatively cheap. 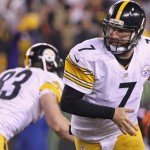 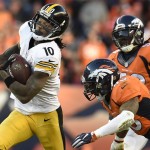 Timmons comes back, IMO. They’ll do an extension with him that will be similar to the deals that Heath and Troy signed.
He’ll still get all of his money. They’ll take his 2016 $8.75M in salary, reduce it to the vet minimum ($985k), pay the rest out as a bonus and tack a few more years onto the end of his deal, likely signing him through 2019. He’ll be taking a cut, but it won’t effectively take place until 2017.
This maneuver should create between $5 and $6 million in cap space, depending on whether or not they add 2 or 3 years to the back. However, Timmons cap number will still be in the $10M neighborhood and most will compare that figure to his play on the field.
The thing is, cap figures, especially late in contracts, are largely a reflection of the way a team handles it’s accounting,

Timmons does come back on a pay cut. Miller is not retiring this year. 3 Lake ain’t going no where and neither is Munchak. 4 Pouncey is not getting moved this offseason but next offseason yeah he probably gets moved and 5.I agree with you on that one even though others are going to hate it.

You forgot to be really bold and predict that the Steelers look at Chris Boswell’s $525k, salary compare that to Shaun Suisham’s $2.4M and say, “Shaun, do you have a preference on where we trade you next September at the end of camp?”

Yes the Steelers will trade Suisham but it won’t be in September it will be at the draft and here is my reason for that: Roberto Aguayo is the No.1 K in the 2016 Draft and I know there are at least a few teams who will consider him so if your the Steelers offer him up at the draft and I know you can get a mid round pick for him. Plus I stand by everything I said in my last post.

That response was intended for Marc. But, they won’t be bale to trade him until September. They will have to give Shuisham an opportunity to demonstrate that he has come all the way back from the ACL injury before anyone will give up a draft pick for him.
Moreover though, the most that the Steelers could get for him would be a 7. Josh Scobee was an accomplished kicker, Jacksonville had Pittsburgh over a barrel and could still only get a 6 out of the Steelers, and that was only because Jacksonville agreed to pay $925,000 of Scobee’s salary. Suisham is damaged goods until he proves otherwise.

We’ll see Ben Anderson we’ll see. I stand by everything I said about those predictions Marc made earlier. Speaking of offseason moves as it relates to the draft there was an article about 5 prospects that the Steelers should look at. The list included Eli Apple, J.Kearse and wait for it Cardale Jones. Those 3 guys I would avoid at all costs cause I honestly feel they won’t accomplish much in the NFL. If the CB out of Iowa declares for the draft he would be my top choice as the Steelers 1st round pick. I know you guys will defend Apple and even make a case for Fuller but there was an early report on him back in September in which they said “they didn’t like what they saw”. Yes it’s been 24 hours since they lost to the Joncos but what else am I supposed to do. The next time the Steelers play a meaningful game is not for at least 215 days.

I don’t love Apple and don’t like Cardale Jones at all. Kearse, jury’s still out on. I haven’t done enough work on him to say. I do like Fuller, but don’t love him as the pick. I like his brother a great deal, but I’,m not sure about this Fuller’s change of direction skills.

[…] Two: As I stated in my earlier article, I think Special Teams Coach Danny Smith will be let go. There are numerous reasons but one for […]

[…] Miller shocked everyone (except SCB writer Marc who called it a month ago) last week when he quietly announced his retirement. Maybe the organization had some inkling that […]