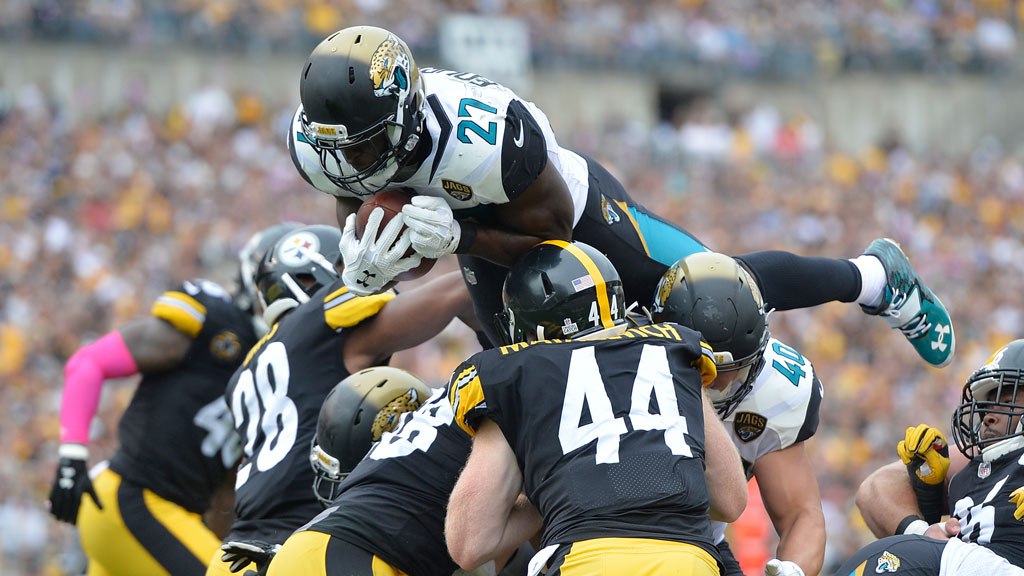 The Pittsburgh Steelers bye week is officially over. The Jacksonville Jaguars defeated the Buffalo Bills today 10-3 in the AFC Wild-Card Game which means the third-seeded Jags will make their second trip of the season to the Steel City. As you no doubt recall, the Jaguars came into Pittsburgh back in week four and throttled the Steelers 30-9.

Ben Roethlisberger who himself would question whether he “still had it” after throwing five interceptions in the game said last week that he “wants Jacksonville.” Vince Williams, the Steelers’ gregarious linebacker also tweeted out this little number a short time ago.

There is no doubt in my mind that the Black and Gold are desperate to prove that what happened so early in the season was nothing more than a blip on the radar. Whether they’ll be able to is entirely up to them and their ability to stop the Jacksonville ground game and solve the Jags’ very good defense.

Oddly enough this is the fourth consecutive postseason where the Steelers will face a team that beat them in regular season. In the previous three times the Steelers are 2-1 with wins over Miami and Cincinnati and a loss to Baltimore. That nugget of information however means little.

Mike Tomlin would be the first to state that his team (and the Jaguars) are two very different teams than when they last met. Some of that is coach-speak and some of that is entirely accurate. The Steelers had Ryan Shazier anchoring the defense and JuJu Smith-Schuster had yet to become the offensive threat we know him to be today.

If the Steelers are able to put the clamps on the Jacksonville running game then that puts the game in the hands of Blake Bortles who has played one career game in temperatures below 30 degrees. Factoids like that don’t do a whole lot for me but I do think they are worth mentioning. The Steelers have been installed as seven-point favorites as of a short time ago.

One week from now we’ll know whether or not the Jaguars were the team the Steelers wanted all along or not.

SCB Steelers’ Quick Hitters: The “Bring On the Jags” Edition