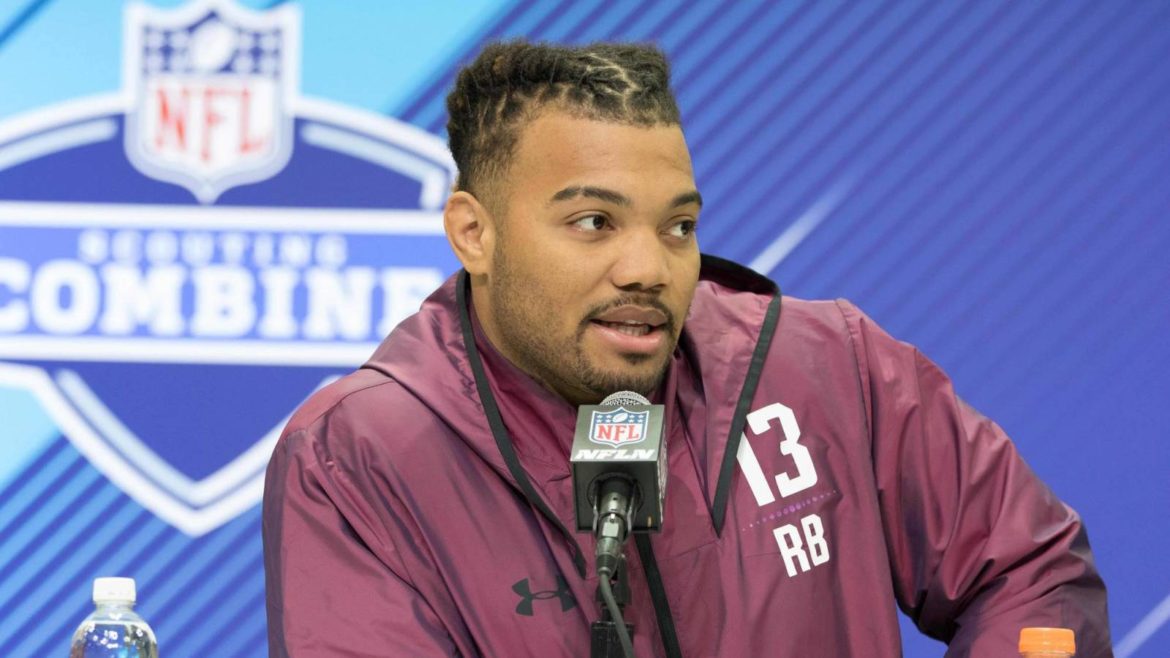 If you surf the web and type in the search bar ‘2018 NFL Mock Draft’ as much as I do, then we can both admit to having a problem.  Mock Drafts are just exercises that don’t mean a damn thing, but they are fun to read. I honestly love varying opinions, even though I huff and puff, throw my arms up in the air and think to myself “yeah..right” when seeing who some of these so called Draft Analysts slot to our beloved Pittsburgh Steelers at pick 28. A popular pick in number and not among fans or readers, has been running back. For the first, I don’t know, 20 times seeing this occur, I have done the throwing of the arms and the theatrics in lieu of seeing a running back chosen in the first round when there are clearly other team needs. I then started to think, dissecting the idea, digging deeper, broaden my mind to the idea. Not to come around to agree to the idea of taking a running back in round one, but to understand the concept and reasoning behind it.

In my opinion, the only way the Steelers select a running back in the first round is if the top four linebackers (Roquan Smith, Tremaine Edmunds, Rashaan Evans and Leighton Vander Esch) are off the board. The value at the position then hits quite a steep dip in value. Even after the signing of Morgan Burnett, Steelers fans are still clamoring for a safety to be drafted early, but with Sean Davis and Burnett now in the fold, how does that rookie see the field and make an impact in the future since Burnett’s deal is a three year deal? I think best player available will then be the heaviest weight on the scale of selection. Bring on the idea of a running back being the best available player in the first round for the black and gold.

The most popular running back slotted to the Steelers at pick 28 is Derrius Guice. The Steelers met with Guice at the NFL Combine and will likely visit with him at his Pro Day. The LSU product is a three down back who can be a true bellcow for any offense. He can run effectively, catch out of the backfield and pass block. He possesses the speed, power and demeanor that all teams covet at the position.

With Le’Veon Bell’s contract antics and theatrics making things very clear that him and the team are far apart from a contract extension, it may be time to draft his successor. It would be smart to be proactive. This would be the cheaper option, while maintaining continuity at the position. Remember the revolving door at the position before Bell was drafted? It wasn’t pretty, and the offense struggled. Having a contingency plan, in this case player, in place would be a smart, heads up strategy to implement. Instead of paying Bell a ton of money, those funds could be allocated to fixing the defense and keeping our head above the water cap-wise until the next batch of players worthy of an extension can be extended with ease.

For those thinking “just wait until next year to draft a running back”, I hate to burst your bubble. The 2019 running back class is extremely top-heavy, with a Grand Canyon like drop off after the first few prospects. This is a huge risk that cannot be leaned upon for future success.

With much upside to an argument, there is always a downside. Yes, the Steelers don’t need a running back for the 2018 season since they currently have the best back in the NFL. But where else do you draft? The team is set at almost every position outside of inside and outside linebacker. You could make the argument for drafting a pass rusher over a running back, but this 2018 class of edge rushers is very thin and unless a premiere pass rusher falls, the value will not line up. I have already outlined that the idea of a running back selected in the first round should only be welcomed if the top four linebackers are not available, so what position do you draft? The board unravels and is completely open.

I am not advocating that the Steelers draft a running back in the first round, I am only suggesting that the idea of it should not be pushed to the side and ignored, but taken into consideration and understood the reasoning. If the top four linebackers are unavailable and the Steelers draft Guice, consider me a happy fan, how about you?

#Steelers GM Kevin Colbert and head coach Mike Tomlin will take #LSU RB Derrius Guice out to a private dinner before his pro day on April 4th, per source. The team also had a formal interview with him at the Combine a month ago.

While I don’t agree with some of SteelDad’s assessments of Guice, here is his Draft Prospect Profile.