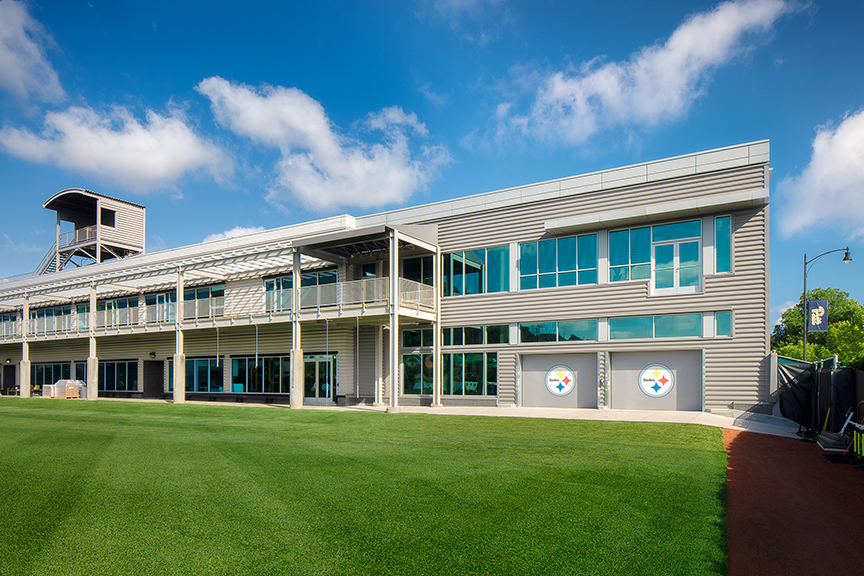 Tomorrow the Pittsburgh Steelers will begin Phase Three of their Organized Team Activities which will run for four weeks and will culminate with the team’s mini-camp June 11-13th. That will be the last time we see the Steelers until training Camp begins later in the summer. With the third and final phase set, we’re looking at several major factors heading into it.

The excitement over Bush during the rookie mini-camp was understandable but now the veterans join the fun. I have to believe Mike Tomlin, Keith Butler and Teryl Austin will bring Bush along slowly and see what he’s able to handle from a mental standpoint. They already know what he’s capable of athletically so grasping the defense will be the next big chore.

Don’t expect Mark Barron and other Steelers’ linebackers to just slide over and hand Bush the keys to the defense though. Kevin Colbert clearly wanted to rebuild the inside linebacker corps in both the draft and free agency. Creating competition between the vets and the young guys is good but make no mistake, they expect Bush to step up here.

How Do the Corners Stack Up?

I don’t think that we should get too ahead of ourselves when it comes to who is playing where but this bears watching for a couple of reasons. It’s expected that Joe Haden and Steve Nelson are your boundary corners and Mike Hilton will be the slot corner. But Hilton is an Exclusive Rights Free Agent and has pledged to work out and be present at the facility while hoping to earn a long-term deal. If Justin Layne really shines and seems ready to be a starter (this is no small task mind you) then that allows the Steelers to slide Nelson over to the slot if they can’t reach a deal with Hilton.

Another part of this is Artie Burns. There’s no question that the Steelers have zero expectations as they’ve already turned down his fifth-year option. I’ve also been told they tried to move him at times around the draft but there were no takers. If Burns really believes he can still play at a high level then he need to prove it. Not just to the Steelers but to other teams that may want his services.

Who Gets the Nod at Right Tackle?

With the often injured Marcus Gilbert in Arizona, it’ll be interesting to see who lines up at right tackle. Matt Feiler clearly proved he was up to the task last season but he has to hold off two really solid players in Jerald Hawkins and Chuks Okorafor.

Hawkins has the ability but must prove he can stay healthy. One more year of injury issues probably means the end of his career in Pittsburgh. Okorafor was quite respectable in his one start last season but has much to work on moving forward but is very athletic and should push for the ‘swing tackle’ spot at the very least. I think you’ll see Feiler in there for the mini-camp and then once Training Camp rolls around the competition will pick up.

There will be more attention paid to the kicker position over the next four weeks than in the past and that’s no surprise. Chris Boswell struggled in 2018 and that’s putting it mildly. He eventually went on the injured reserve list prior to the week 17 finale. Back to full health now, Boswell has a lot of confidence to rebuild in himself, his teammates and his coaches.

The only other kicker on the roster is Matthew Wright out of Central Florida. He had a lengthy career at Central Florida where he made 77.5% of his field goals (55 of 71) and missed three PATs in four seasons (210 of 213). With Boswell’s contract being what it is, Wright is going to have to be exceptional and get some help from a less than stellar Boswell. Being that Training Camp is still some time away nothing will be determined in the next four weeks but fortunes could definitely start turning.

Keep in mind… There can be work in a variety of ways but contact is not one of them. Therefore this four week period will reveal a lot but it won’t dictate everything about the positions and players going forward.

Appreciation for the Rooney’s Grows as Other...