There was an amazing amount of action on the Heinz Field grass this past weekend but this action didn’t involve big hits and long touchdown throws. The home of the Steelers became ground zero for one of the great musical entertainers in Garth Brooks as he played to a sold out audience. Often times when singers come to Heinz Field there is often a “fake” celebration of the City of Champions by said entertainer who then goes on to do the same in any number of other cities. I’m not suggesting for a second that Brooks doesn’t do something similar but I’ve not seen anyone as genuinely honored and proud come to the confluence and truly appreciate the city the way he did. Yes, he often wears his heart on his sleeve but you could tell how much being there meant to him. Let’s hope this passion and enthusiasm carries over to our Steelers in the fall.

Ben Roethlisberger will sit down with Bob Pompeani tonight at 6 and 11pm ET on KDKA in Pittsburgh. The interview has already been recorded but I think what will be most interesting is how Roethlisberger answers questions about Antonio Brown and the drama of the offseason. He’s never been shy about his feelings, to a fault at times, but I’m really curious to see if he takes the high road, drops some bombs or stays fairly neutral.

The Steel City Blitz Steelers Podcast presented by 26shirts.com/Pittsburgh will return this week after a brief hiatus. We’ll be discussing the rookies, Ben’s Lake Cruises and what to look for in the coming weeks.

You’re going to hear a narrative for the remainder of the offseason and you’re going to get tired of it if you haven’t already. It will sound something like “Have the Steelers shed the ‘Team Drama’ moniker?” We’ve already started seeing it and it will continue right on through the beginning of the season. I say this only because it’s true and that I’m already bored by it. It’s lazy and another effort to try and make something out of nothing. 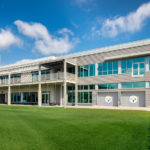