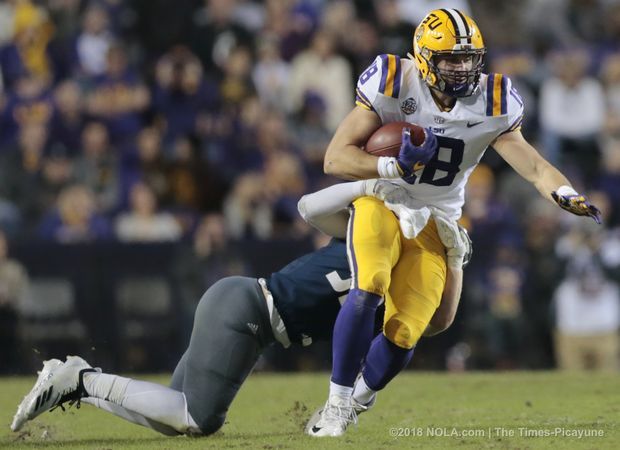 Well it’s that time again and gosh darn these Steelers have so many picks I just don’t know what to do with all of them. I typically do one mock draft because if I do any more than that I start confusing myself and that’s not good for anyone especially me. As you look this over please keep in mind what I’m trying to accomplish here. This is not a mock draft about what I would do. This is a mock draft about what I think the Pittsburgh Steelers will do. That needs to be said because there is a major difference between the two. Without going any further with this lame introductory paragraph let’s get to it.

With Devin White and Devin Bush gone and the price to get either too rich for the Steelers’ blood, the Black and Gold select a proven winner in Clelin Ferrell. He immediately comes in and is not under any pressure to start but could become the number one option to spell T.J. Watt or Bud Dupree who is likely gone after 2019. Ferrell is a guy who despite his size provides the ability to rush the passer or drop into coverage. He can put a hand in the dirt or be in a traditional two-point alignment on the edge.

The Steelers take a guy who reminds some of William Jackson because of his length and ability to cover. A former wide receiver, Layne has really good ball skills and has the ability to get physical with wide receivers at the line of scrimmage. Layne plays very smooth and doesn’t panic but he’ll need to work on his run-stopping ability. He isn’t overly fast but positions himself well and often baits the QB into thinking guys are open only to close quickly on the receiver.

Round Three (Pick 66 from OAK)

I’m going against something I actually wrote about last year at this time. The Steelers just don’t draft guys from Alabama. The exception comes here because Wilson is a pro-ready, three-down backer who could make an immediate impact. I don’t know that Wilson does anything “great” but I do believe he does just everything “pretty darn well.” Pittsburgh cannot afford to let inside backers pass in the Draft as they did last season. If free agent Mark Barron excels then perhaps Wilson gets the opportunity to play in specialty packages or learn while contributing on Special Teams.

The Steelers find a receiver who checks a ton of boxes. Boykin is wicked athletic, has tremendous size at 6’4″ 220 lbs and he has great speed for his size at 4.42 in the forty. With the success the Steelers have had with receivers, Boykin could really thrive with good coaching. The point being his ability and attitude are well worth the pick for a guy with high ceiling.

Pittsburgh is ridiculously thin at tight end right now and they need an immediate upgrade behind Vance McDonald with Jesse James in Detroit. Moreau is an outstanding blocker both in-line and on the move. He’s got a mean streak that you want to see in your tight ends and will dole out some aggression after the catch. There are issues to work on like route running but he could prove to be an excellent upgrade over Xavier Grimble.

Pittsburgh needs to create depth in the defensive line and Mack is a load that could anchor the middle when needed. He could see time in both 3-4 or 4-3 fronts and does an excellent job of occupying blockers. He has that center of gravity you need and want in an interior defender and he gives individual blockers fits. I think he has the opportunity to be of value in short yardage situations and on certain special teams units.

With James Conner and Jaylen Samuels appearing to be the main bell cows in the Stelers’ backfield, the team lands Homer who is a tough runner and already solid pass protector. While his size isn’t ideal, that doesn’t stop him from being an impact player. He does have a history of fumble issues but as a potential change of pace guy that might not matter as much as someone carrying the load all game long. He’s also a potential asset on Special Teams in a variety of ways.

The Steelers double-dip on inside backers and why shouldn’t they? In this case they get a guy who tallied over 260 tackles the last two seasons for the Zips. He was twice named All-MAC for his efforts. His speed allows him the potential of three-down duty but there are things to clean up in terms of coverage. He should immediately be a special teams guru should he make the roster.

The former Owl has some versatility as a defensive lineman. He could potentially lineup as defensive tackle or a defensive end depending on the alignment. He would likely be a special teams contributor early on while he adds strength and technique to his overall game.

This young man is a project but he’s also got some athletic skills that are absolutely off the charts. A former receiver, Denmark possess the skills and abilities needed to become a corner or perhaps even safety because he has no problem laying the wood. That said, he has a lot of work to do. His pro day included a vertical jump of over 43″ and a forty time of 4.46. If he can show improve with fundamentals and footwork he could truly be a diamond in the rough.

NOTE: If the Steelers do in fact make a trade in this Draft I expect it to be to move up in the second round. 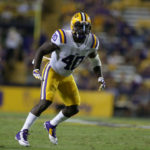