Chris and I are back with selections 25-28 of the 2014 Mock First Round Draft. Chris has the odd numbers and I have the even.

Louis Nix is a popular pick here, but I think that the monster nose tackles are going the way of workhorse running backs… Positions that are exclusive to adding to, or stopping the running game are being devalued. The Chargers have a big need in the secondary, and Roby is a guy with a ton of raw ability. He might have the most upside of all the corners in this draft.

The Browns picked up their franchise QB in Bortles with the fourth pick and now they add a massive target to compliment Josh Gordon on the other side of the field. Benjamin has hands issues, but the risk-reward is worth it considering his size and speed. Cornerback was a possibility here but Benjamin’s potential is too much to pass up.

I thought that the Saints would grab Jarvis Jones before us last year, instead they went safety. They’ve got a solid secondary with Byrd, Vaccaro, and Champ Bailey. If they improve the pass rush that could be a really scary defense. Victor Butler is a question mark coming off of injury, and you can never have too many pass rushers. Mosley is possible, but Ford fits the range and pass rushers are king.

It’s probably considered a reach here taking Adams, but the Panthers are desperate for help at receiver and most of the other top WRs are already off the board. Adams had major production in a wide-open passing attack led by Derek Carr and he has a lot of potential. With veteran Jerricho Cothcery on board, Adams could do worse than to be tutored by him. 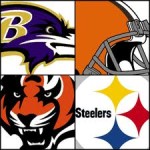 Is Martavis Bryant on the Steelers’ Radar?

Who the Steelers WON’T Pick in NFL...