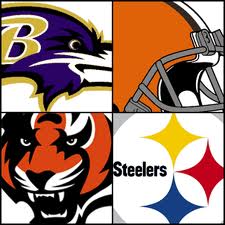 As I wrote yesterday, the annual release of the NFL schedules doesn’t do a whole lot for me. There’s just too much that can happen between now and the start of the season for me to get too giddy about anything.

What I look for when the schedule comes out is the pattern of the Steelers’ schedule. When are the road games? When is our bye week? Who and where do we play before and after the bye and so on.

Unlike previous years where the Steelers received little help in terms of scheduling in several areas, this season’s schedule offers little to be upset about.

The team has three home games and three away games in the first six weeks. Three of those contests are divisional games; Cleveland at home in the opener, at Baltimore in week two and at Cleveland in week six.

A trip to NFC South Champion Carolina awaits the Steelers in week three giving them back to back prime time games.

Three straight games at Heinz Field dot the middle of the schedule while the team never plays more than two in a row on the road.

The “4th Quarter” of the season features two games against the Cincinnati Bengals. In week 14 the Steelers play in Cincy while the Bengals come calling in the finale.

Games at Atlanta (week 15) and home with the Kansas City Chiefs (week 16) wrap up the final four games.

The farthest west the Steelers will have to go this season is Tennessee. This also marks the only time the black ‘n gold play outside the Eastern Time Zone. No brutal trips to Oakland so please easy Steelers’ fans.

All things considered, this schedule doesn’t set up all that badly for the Steelers. Let us remember however this is all just on paper right now.

Ryan Clark not Helping Himself