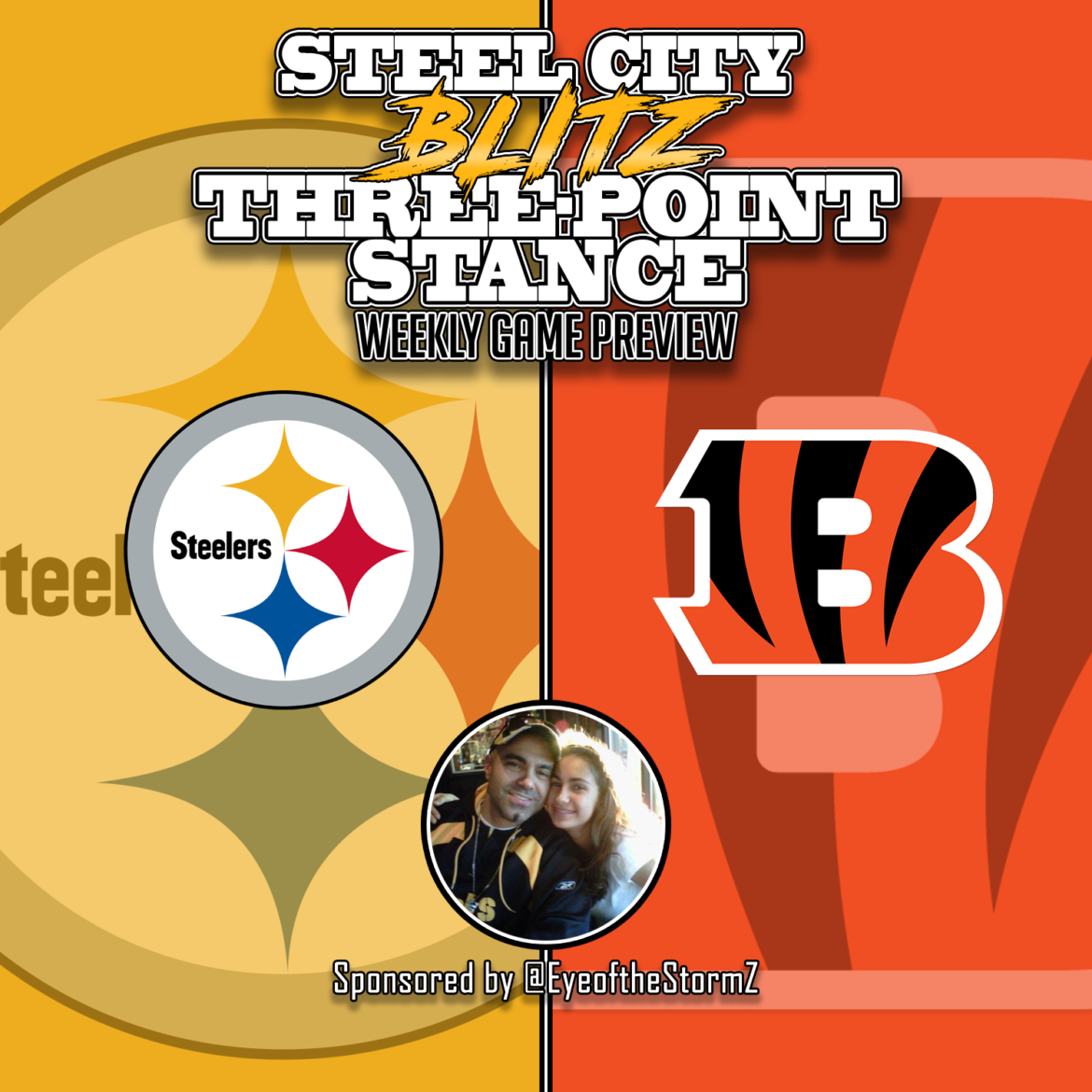 This is the Steel City Blitz Three-Point Stance. Your quick-hitting reference guide to everything you need to know about the Pittsburgh Steelers and Cincinnati Bengals in this week twelve matchup. The TPS is sponsored by @EyeoftheStormZ.

Last Week: The Steelers lost 21-7 on Thursday Night Football to the Cleveland Browns while the Bengals lost 17-10 in Oakland.

TV Coverage in Your Area: Check out the 506.com for coverage in your area.

This Week in the AFC North: Baltimore BYE, Miami at Cleveland

What’s at Stake: For Cincinnati it’s pretty damn simple. They need a victory to earn their first one of the season. For the Steelers, they need to bounce back from a poor performance in Cleveland and keep their postseason hopes alive.

Run the Damn Ball. There is zero reason this offense can’t run the ball against the Bengals who rank dead last in the NFL in stopping the run. Due to so many issues in the wide receiving corps I believe you’ll see more ’12’ personnel than normal. Utilizing the tight ends as both blockers and pass catchers should help the offense move the ball but this all comes back to the interior O-line and the running backs. The OL has to get some push and the running backs have to hit the holes rather than attempting to create their own way. They may have worked in college but it’s not going to fly in the NFL. Running the ball makes life easier on everyone from Mason Rudolph to the defense.

Turn Over the Bengals’ Offense. After several weeks of creating multiple turnovers the Steelers’ defense took an “O-fer” last week against the Browns. Cincinnati is 30th in the NFL in turnover margin at -11. They’ve turned it over 20 times this season (10 fumbles, 10 interceptions). Rookie QB Ryan Finley has thrown two of those interceptions and has fumbled once in each of the two games he has started, losing one. The Steelers must use their speed to create more turnover opportunities in this one in an effort to make it easier on the offense which is already going to be at a decided disadvantage.

Focus. A few years ago there were a lot of internal problems surrounding this team. Antonio Brown had started throwing more tantrums and the National Anthem controversy had reached the team. The Steelers went into Chicago against a really bad Bears’ team and promptly did everything they could to lose it and ultimately they did. This has been an unusual week for the Steelers and for Mason Rudolph who I believe faces his most difficult game as a pro QB Sunday. Much of the attention has been on the Browns and Myles Garrett. This is one of those moments where you find out exactly what type of team you have. Injuries have been devastating and now this turmoil has surrounded the team. I do not care that the Bengals are winless; it actually scares me even more that they are. So this team can really put a feather in its’ cap by hunkering down down and focusing on the task at hand. Looking back and looking ahead to the Browns is a recipe for disaster.

Prediction: After starting the season 7-1 in my weekly predictions I’ve lost two straight. Now this week is here with all of its’ trappings and goings on. I honestly feel like this should be a no-brainer. This is a really bad Bengals’ team despite the talent they have on defense like Geno Atkins and Michael Johnson. And as badly as the Steelers are dinged up there’s still enough talent to beat Cincy and send them to 0-11. In order to pick the Steelers, it means I have to trust that Mike Tomlin has been able to corral this team’s emotions and get them focused on the game at hand. The pressure on the defense to make plays is immense with a patchwork offense being sent out there. This is going to be really ugly and I won’t be a bit surprised if neither team scores a touchdown.