This is your ultimate ‘quick reference guide’ to the Green Bay Packers and the Pittsburgh Steelers. Our Three-Point Stance is brought to you by ‘Nail the Number.’

Last Week: The Packers lost at home 23-0 to the Baltimore Ravens. The Steelers defeated the Tennessee Titans 40-17 at Heinz Field.

What You Need to Know: The Steelers are 7-0 this season when they score 20 or more points… The Steelers scored 40 or more points at Heinz Field last week for the 10th time. They are 10-0 in those situations… Ben Roethlisberger is just the ninth player in NFL history to have over 4,000 completions… Antonio Brown has now caught at least one pass in 109 consecutive games… This is the second straight regular season game the Steelers will have missed Aaron Rodgers due to injury. Last time they played against him was Super Bowl XLV.

What’s at Stake: For the Packers, this is about survival. Minnesota has almost put the entire division away so Green Bay can only focus on a wild-card berth for the time being. For the Steelers, they already have a three-game lead in the AFC North but must keep winning to stay ahead of New England and Jacksonville for home-field advantage.

Play Up, Not Down. You don’t need me to tell you that the Steelers under Mike Tomlin have a penchant for playing down to the opponent. Playing at home in primetime however should put that issue to bed but I’m taking no chances. The Packers are beat up, they have a struggling backup quarterback and they still have receiving talent. The perfect formula for the Steelers to come out looking like they did against the Colts. With bigger games on the horizon, Pittsburgh needs to take care of business from the start on Sunday night.

Get the Bell Ringing. As much as I like seeing Big Ben throw four touchdown passes and having 30 completions, I’d also like to see the running game get back to some consistency. Le’Veon Bell has to be a bigger part of the offense especially in terms of getting more carries. I’ve advocated for several seasons that passing will set up the run and if that’s what it takes then so be it. Either way, the offensive line has to get better push and stay on their blocks longer in order for Bell to get things going. Running the ball come playoff time will significant.

Pressure Inside and Out. Packers’ QB Brett Hundley struggled against the Ravens. He seemed flustered by pressure that came fro all angles and that’s something the Steelers have to do as well. Pressure from Cam Heyward and Stephon Tuitt is obviously vital to the defense’s success but T.J. Watt and Bud Dupree need to be more consistent in their ability to get pressure from the outside. That goes not just for this game but for every week moving forward. 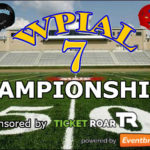