Merry Christmas and Happy Holidays to all of you! What a wonderful gift we have getting to see this huge game between the Pittsburgh Steelers and Baltimore Ravens. Here’s everything you need to know for the game!

What You Need to Know: The Steelers have dropped nine of their last 12 games against Baltimore… The Ravens have won the last four meetings with Pittsburgh including a playoff win at Heinz Field… James Harrison needs one half of a sack to reach 80 for his career… Ben Roethlisberger needs two touchdown passes to tie John Elway for ninth all-time with 300.

What’s at Stake: The AFC North Division title. If the Steelers win, they clinch the North and a spot in the playoffs. A loss means the Steelers would need to win next week against Cleveland then need help in other games as they did last year.

Be Aggressive Offensively. In the first match-up, Todd Haley tried to establish the run way to long and in the end the team was down by too many points to make any difference. We are talking about Ben Roethlisberger here going up against a Ravens’ secondary without its best cover man in Jimmy Smith. I want to see Antonio Brown get some early touches and I need to see Eli Rogers and Jesse James move the sticks and perhaps most of all, I want to see Le’Veon Bell all over the field. This doesn’t mean you abandon the run, it just means you don’t rely on it too much too early.

Win on Special Teams. If it seems like the Ravens constantly make one or two plays more than we do in the third phase of the game you’re right. Whether it’s a fake or a blocked punt Baltimore just makes that one extra play. Danny Smith’s unit must rise to the occasion and it won’t be easy. With Sammie Coates out and Darrius Heyward-Bey 50/50 to play, other guys have to step up. Every man must do their job and must not take bad penalties which has been a curse inflicted on this unit for years.

Shut Down the Run. Ya, I know. Pretty simple and something that we demand each and every week right? This week it takes on more significance with the injuries to Stephon Tuitt and Ricardo Mathews. The Ravens have the 28th ranked rushing game in the NFL but that doesn’t stop me from worrying. If they can routinely get four plus yards a crack then that makes life easier on Joe Flacco and that’s something we can’t have. Depending upon who can play and who can’t I look for Keith Butler to be creative with his personnel. This is it so there’s no holding back.

Everything seems to be going in the Steelers’ favor with the exception of some injuries. The defense is much better than it was in the November meeting and so too is the offense. The Ravens haven’t won a road game since September either. As impressive as Chris Boswell was last week the Steelers cannot rely on him and expect to win. John Harbaugh has Mike Tomlin’s number of late and I fear it continues. 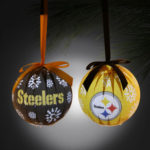 A Steelers’ Fan With a Christmas Day Gripe 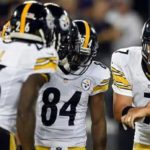