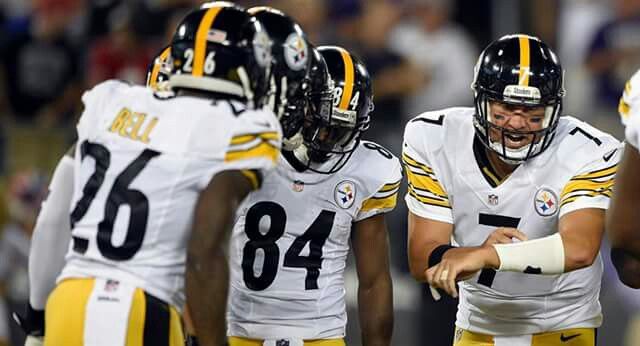 Go ahead, you can admit it. You thought you were watching another Pittsburgh Steelers’ loss to the Baltimore Ravens didn’t you? Ben Roethlisberger had thrown two bad interceptions. Antonio Brown had one reception in the first half and Le’Veon Bell suddenly seemed to be bottled up in the second half. But suddenly things came together as the Steelers roared back to win 31-27 and clinch a spot in the NFL Playoffs.

Had you pulled up Twitter following Big Ben’s second interception which led to a touchdown, you likely would have seen some pretty awful stuff. What was funny to me was that many of the same people who tweeted their dismay suddenly did an about face. That’s the great thing about football. Momentum can change rapidly and when you least expect it.

Roethlisberger would go 24 of 33 for 278 yards and three touchdowns to go with the two interceptions. Bell would run for 122 yards on 20 carries against the league’s second best run defense. He would tack on a rushing TD to go with a receiving one to boot. The third ‘B’ however came up with the biggest play of all when he (Antonio Brown) extended the ball over the goal line with nine seconds remaining.

After just the one catch in the first half, Brown would grab nine second half passes and finish with 96 yards and that one ever-so-important touchdown. There were other guys like Jesse James and Eli Rogers who also made key contributions but this rally ultimately was due to the Killer B’s . Their ability to put things together at the right time today is why the Steelers have advanced to the postseason.

This isn’t to say there weren’t other key parts of this team. The offensive line was solid surrendering zero sacks while the patchwork defensive line did the best it could to limit the Ravens’ rushing attack but in the end it came down to Ben, Bell and Brown.

That’s really what this team has been built on and on this day, it’s what ultimately gave the Steelers’ the AFC North title. 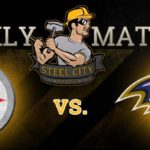