I begin today with some memories of former Steelers’ tight end Bennie Cunningham who passed away Monday at the age of 63. Cunningham would win two Super Bowls with the Black and Gold and was instantly recognizable by his huge afro when he took his helmet off on the sidelines. Cunningham was rightfully overshadowed by the likes of John Stallworth and Lynn Swann. That’s not a knock on Cunningham but rather, it’s just an indication of how different the tight end position was back then. Cunningham played all 10 of his NFL seasons with the Steelers and the most receptions he had in any season were 41 in 1981.

Cunningham would finish with 202 career receptions and 20 touchdowns. He also played in 10 career postseason games, starting 10 of them and had 19 receptions and two scores. During his time, tight ends were thought of as blockers first and pass catchers second. There were rarely the first or second or even third option for quarterbacks. Cunningham passed away due to cancer but will always be remembered by me as an important part of the late ’70’s/early ’80’s Steelers.

Tweet of the Day… Excellent Tweet here from Ramon Foster who is one of the more engaging Steelers’ players.

Looking at this pic @VinnyVidiVici98 says nothing physical. I don’t think people know what it takes mentally to do this ish day in and day out. The mental aspect is what kill guys careers. People in general. Beat everything mental first. The physical is then easier https://t.co/aO5wLhDIfV

There was very little to comment on from the Pre-Draft Press Conference held by Kevin Colbert and Mike Tomlin yesterday and this is the status quo. They never refer to any prospect by name and they don’t rule anyone out. It has to be one of the more useless pressers for the beat writers to attend.

Poor Ray Fittapaldo. Questions like this have to make him wonder just what else he could be doing with his life…

Guest: Ray, I’m hearing a TON of buzz about the Steelers trading up to #15 in order to draft Hayden Hurst from South Carolina. You hearing this too?
Ray Fittipaldo: Hurst is 25. I have a hard time believing anyone would trade up to 15 to get him much less the Steelers. They’re not in the habit of drafting older guys anyway. They’re more likely to draft a 20-year old because they like to develop them in their mold. If you draft Hurst you;re getting him for one contract likely. Is any team going to commit a lot of money in a seocnd contract to a player who is going to turn 29?

Do I even NEED to comment on why this is so ridiculous?

And on that note… Have a great day Steeler Nation! Our mock drafts are coming soon!! 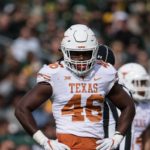 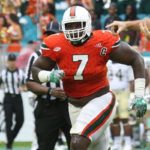