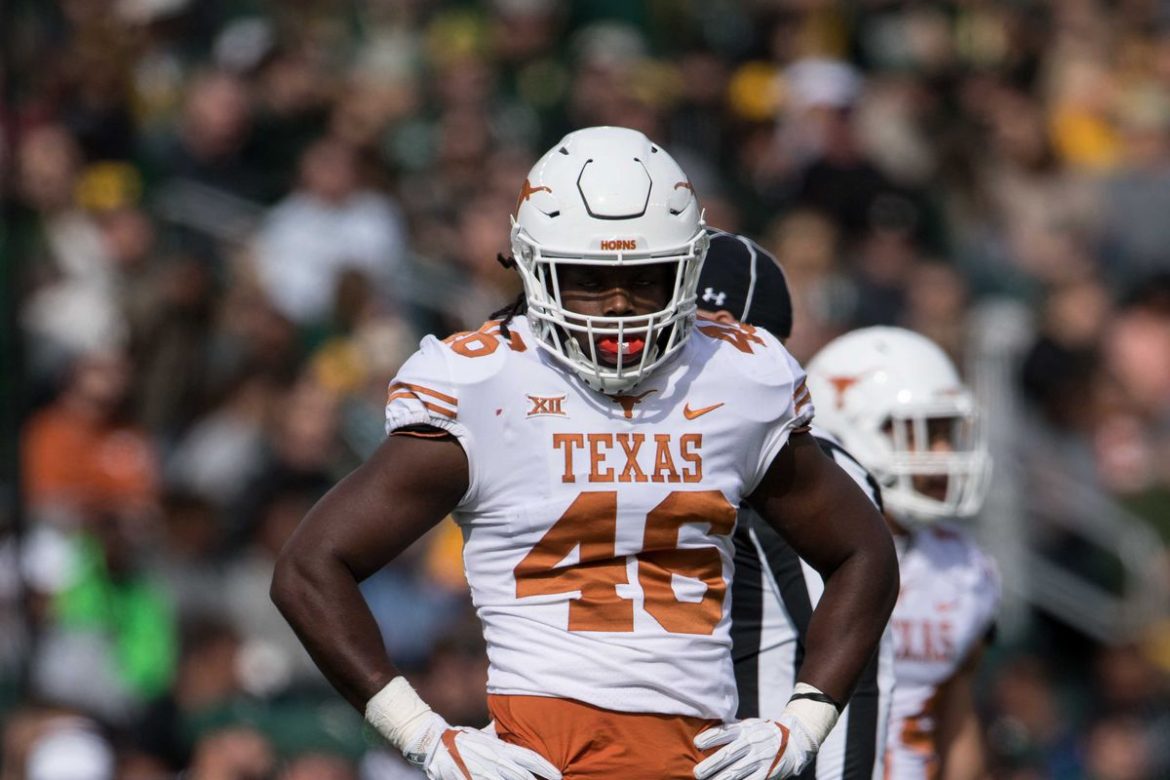 Linebacker is a significant position of need for the Pittsburgh Steelers but is Texas linebacker Malik Jefferson a guy they could go after in the Draft?

The Skinny: The former High School Butkus Award Winner sure does look the part of ‘NFL Linebacker’ but what does the tape say?

What’s to Like: Super athletic… Great physical size and all the tools… Pretty good tackler who rarely lets a guy slip away… Does a decent job of setting the edge when he plays on the outside… Recovery speed is good/Indicative of his athleticism… Has the ability to cover in man… Strength is more impressive than it looks initially… Has ability to get thin and slip some blocks around the line of scrimmage.

What’s Concerning: Does not “run through” blockers and rarely attacks the ball carrier like you expect from an NFL linebacker… Does not diagnose plays as quickly as you’d like to see from your inside backer… Does not hustle to the ball when away from him/has that “let others tackle him” mentality… When he rushes the passer there is a lot of hesitation/pauses almost to engage blocker rather than run through them…

The Verdict: In many ways Jefferson is that guy you look at think “he’s going to be a stud” because he has all the tools and just looks like a big-time football player. The problem is that I don’t see it on tape. If the play is away from him I don’t see a lot of hustle. If he’s involved in the play, I see him bringing much more to the table. While I see a guy that could make all kinds of plays simply because of his athleticism, I also see a player who does not posses NFL-Linebacker aggression. There’s a lot of things you can teach at the NFL level but teaching aggression and violence isn’t one of them. I see him as a third round pick based solely on his athletic skills and potential but if I’m the Steelers he is not my first backer drafted by any stretch.

He’s some where between J Jones and Dupree, Haven’t we done this before.