I have dreaded this day and I have hoped for this day. My feelings certainly can’t compare to those of Ryan Shazier himself but my emotions have been all over the place when thinking about him. Like you, I still remember the December evening in Cincinnati that changed his life and I still get the same feeling in my gut. As Ryan made his miraculous recovery we marveled at how far he was coming. But I was also terrified that he kept talking about playing football again. I was worried that if returned something even worse could happen and I kept thinking about the family he was just starting. I didn’t want him jeopardizing the chance of playing with his children and being active in their lives. Did I understand his desire to return to the game he loves? Absolutely! Walking away from what you lived for your entire life is never easy regardless of why. I just wanted Shazier to be happy and to be able to see both sides of the equation. Wednesday he came to the decision that I ultimately hoped he would as he announced his retirement from the game. It could not have been easy and if you saw the video he posted you know it wasn’t but this is what I want to take from Shazier these last few years. Many of us owe him a tremendous “thank you.” He taught us how to fight. He taught us to never give up. He showed us many steps along his recovery and never hid from what was happening. For all intents and purposes, Shazier was lucky. Many men in similar positions would never have walked again but luck is often the residue of hard work and Shazier out in TONS of work. I am grateful we got to enjoy him as a player but I’m now more grateful that his family gets to enjoy him the way they deserve. I sincerely hope Ryan remains part of the Steelers moving forward. Thank you Ryan!

Who Could It Be?

My annual article where I pick the season’s Most Important Player was posted last night. I do this a little differently than you might expect so you may want to check it out.

Tweet of the Day… I know some of you aren’t happy about this but I’ve tried to tell you for several months now that these things were going to happen. If this makes you not want to watch football then that is your prerogative.

#Chiefs and #Texans players have been in talks about a joint demonstration before tonight’s NFL kickoff game that makes a statement on racial injustice and shows unity, per sources.

One possibility discussed: Both teams staying in the locker room during the national anthem.

We’ll have an eye on the Chiefs and Texans but we’ll also be recording episode 186 of the Steel City Blitz Steelers Podcast presented by DEK Roofing Inc of South Florida. This is our annual predictions edition and joining us will be our very own Mary Poppins Miss Ellie Finnerty. Tune in!

Mike Tomlin made it official this week. Zach Banner will start at right tackle for the Steelers in the season opener against the New York Giants. I am of the belief that OL Coach Shaun Sarrett, OC Randy Fichtner and Tomlin like Banner there because he is better in the run game than is Chuks Okorafor. They will “live with” his limitations in pass protection and go from there. I’m a bit surprised by this to be honest. 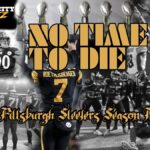 This was a fantastic tribute to a gentle, happy person. Thank you so very much for writing it.
He is, and always will be, a Steeler, and he fought long and hard to reach his goal. I’ll miss him so much, but I think he made the right decision for his family! He will be around a long time to enjoy them!!
Much luck to him and to his family. They are very lucky to have him as mentor for many years to come.
Thank you very much for giving us fans a part of your life!!! We are pleased to have known you!!!