Perhaps the two worst words I can write this morning are “Hard Knocks.” The Steelers are now eligible to be on the HBO program and they’ve been able to avoid it for a long time. The thought of our Black and Gold being part of that makes my skin crawl. I’m hopeful someone else is selected. Anyway, here are my thoughts on yesterday.

-Duck Hodges has been a terrific and fun story this season but he’s an NFL backup at best. His arm strength isn’t there and I don’t believe he has figured out how to help his protection either. I expect to see him in camp and potentially be the Steelers third QB but they cannot rely on him in a similar situation next year.

-Benny Snell, when he is the workhorse running back, has done a very good job. He ran for 91 yards on 18 carries and added a score. If the Steelers want to move forward with him as “the guy” then the offense is going to have to evolve with him. He’s not a dual threat back like Le’Veon Bell or James Conner. This will be really intriguing as the offseason unfolds.

-Diontae Johnson has made tremendous strides in his rookie season and I expect to see him be a regular starter in 2020.

-JuJu Smith-Schuster has to be the happiest guy in the locker room. This nightmare of a season is over for him. From fumbles and drops to injuries and social media criticism he has not had a great year. I’m giving him a pass on 2019. Does he have to be better in 2020? He damn well should be.

-Ramon Foster has been a wonderful Steeler and a great story. I think his best days are behind him now. The Steelers have to get more dynamic there.

Tweet of the Day… Don’t consider the source because he is often wrong but the comment is a good one. There are many takes on this.

Does anyone still think this is Mike Tomlin’s best coaching job? Because I don’t.

-As much as he deserves it I don’t think T.J. Watt will win the Defensive Player of the Year. Chandler Jones has been slightly more effective in terms of numbers and I think he’ll win it. Watt closed his season with a half a sack and a forced fumble in the loss.

-The Steelers need to move on from Terrell Edmunds as a starter. While he’s athletic as anyone, he doesn’t possess any ball skills and continues to struggle in coverage.

-Tyson Alualu has a really solid season. He got far more snaps than was expected but when Stephon Tuitt went on IR he performed well.

-Steven Nelson was easily one of the best free agent signings of Kevin Colbert’s tenure as GM. Very good season by a guy many weren’t real confident in.

-I just don’t see the Steelers bringing Bud Dupree back. He’s going to get way too much money elsewhere. I also have concerns about his level of motivation. Where was this play the last four seasons?

-Jordan Berry had a terrible last quarter of the season and his botched punt yesterday was the capper. It is time to move on. Please.

-Ryan Switzer will be in Camp next summer because he has a very friendly salary and is a solid professional. He has no business however returning to his duties as a punt returner. Diontae Johnson is immediately better and more of a threat in that position.

-Mike Tomlin has a lot of praise for Randy Fichtner after the game yesterday and fans were very upset about it. Relax people. First, I don’t see Fichtner going anywhere as long as Big Ben is the QB. Secondly, do you really think Tomlin is going to say anything negative in that moment? Let’s wait for the ‘end of the year’ presser before we get too emotional over any of this. 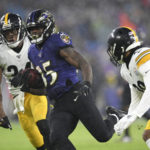 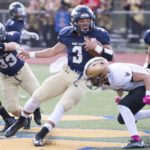