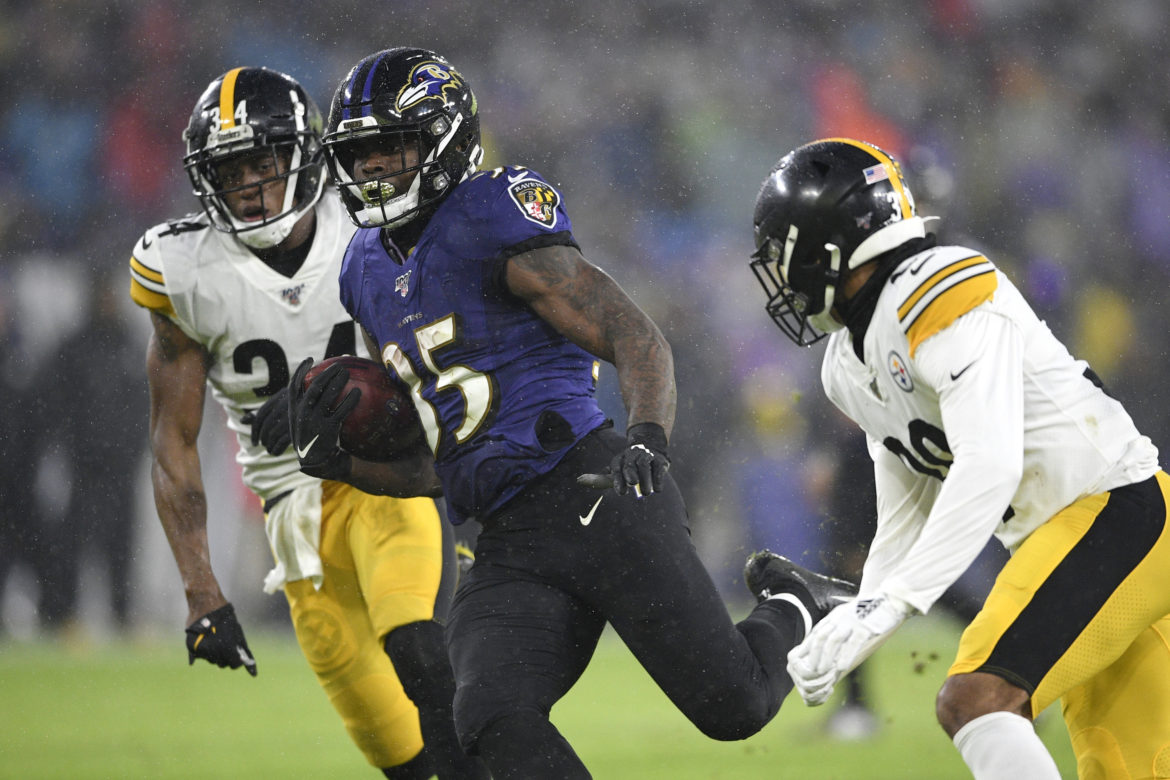 The offense didn’t do much as expected. The Special Teams Unit wasn’t very good either. And the defense had its worst day in a long, long time as the Pittsburgh Steelers saw their 2019 season come to an end losing to Baltimore 28-10 in rainy Maryland.

Just three weeks ago the Steelers controlled their own destiny. At 8-5 they needed to win two of the final three games and with some help may have only needed to win one. They went 0-3 and didn’t get the help they would have needed anyway bringing to an end a season of injury and frustration.

Despite playing what amounted to Baltimore’s second team offense, the Steelers’ D was gashed time and time again by the Ravens’ rushing attack to the tune of 223 yards. Baltimore averaged a healthy five yards per carry and while they held Robert Griffin III to under 100 yards passing the truth is it didn’t matter. When your offense can only muster a grand total of 168 yards things aren’t going to work out too well for you.

Despite all that it was continued mistakes that haunted the Steelers. Missed blocking assignments, dropped passes and sloppy hands in general helped lead the Steelers into the offseason. There can be no questioning the team’s effort – that was there – but all the magic they had used to recover from 1-4 was gone. What remains are questions and yes, it’s more than fair to be critical of Mike Tomlin. For the second straight season his team failed to close the deal on a postseason berth with its own fate resting in their hands.

We can use the excuses about who was at quarterback and who was at running back and so forth but Tomlin himself talks about results, not excuses and that’s what I’m doing. Randy Fichtner and his offensive staff never truly adapted to Duck Hodges and could not create an offensive gameplan to take the pressure off of him. Today’s loss was the epitome of that.

Today wasn’t just on the offense though. Jordan Berry capped a brutal final three weeks by fumbling the snap late in the fourth quarter which resulted in a Ravens’ touchdown and as I mentioned the defense was not up to the task of stopping the Baltimore rushing attack. In the coming days I’ll digest more of what occurred today and throughout this season. At that time I’ll make my offseason predictions and suggestions. For now, I’m not thinking clearly enough to do that which seems to be just how the Steelers were thinking over the last few weeks.

Offensive line is the worst I’ve seen in years need to make a change thier just terrible really hope Ben can make it back next seoson and have that MVP year I know he still has in him well have a great off season can’t wait to see what you bring to the table next year.

We were caught with our pants down. We didn’t have players or replacements in place at all the offensives skill positions. When Ben went down we should have picked up a short term replacement. Something like trying to get both Fitzpatrick’s from the Dolphins. We just don’t draft well enough to bring guys up through the ranks anymore. As far as Tomlin goes you can generally judge a coach on how a team preforms as it’s season progresses. And for a second straight year the team regressed as the season ended while others got better.