Our 2018 Steelers’ Draft Coverage is well underway and with the Combine now cruising along as well, our Draft Guru Cnic has all kinds of stuff to fill your needs.

Five Guys the Steelers Should Be Watching for Each Day of the Combine.

Public Service Announcement: If you are going to comment (positively or negatively) on something we write, by all means please do… But can you read the article first though? Thanks, Management

Saquon…Jones ll…Sony…Chubbs & Guice are IMPACT PLAYERS @ the RB position…& if you don’t think @bakermayfield is the best QB in the draft you ain’t watching KNOW KINDA FILM…✌?

Two things of note from the NFL Combine so far. Saquon Barkley ripped off 29 reps of 225 lbs on the bench press. That is ridiculous and if his stock could rise any more it just did. On the flip side was Oklahoma offensive tackle Orlando Brown. He had just 14 reps at the same weight on the bench. That raises questions for scouts. Was he not prepared for the bench and if so, why not? Is he just not that strong? If also the case, why isn’t he stronger? That’s the Combine in a nutshell right there.

One note about Brown though is that he’s 6’7″ and has long arms which make bench-pressing difficult. Still, his low production is a concern for some teams because guys of similar builds have at least put up 20+ reps.

Hard to believe it but Ben Roethlisberger turns 36 years old today. Where does the time go?

Speaking of Ben, one of his great friends is Hall of Famer Jim Kelly who sadly announced yesterday that he’s battling oral cancer once again. We will be helping support the Pennsylvania native through our connections with 26shirts.com which was founded by members of the Bills Mafia. Stay tuned on this.

Steelers’ Mouthpiece Gerry Dulac made it very clear in his brief article at the Post-Gazette yesterday that Kevin Colbert “has never made one phone call in regards to trading Martavis Bryant.” We totally believe what Dulac is saying but what isn’t mentioned is that the other teams call about Bryant. As I said yesterday, “not actively trying to trade Bryant” does not mean you say “no” to every team that calls. You listen and go from there.

Enjoy the weekend and the Combine Steeler Nation! 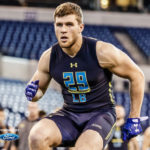 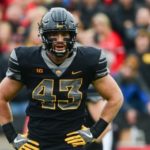