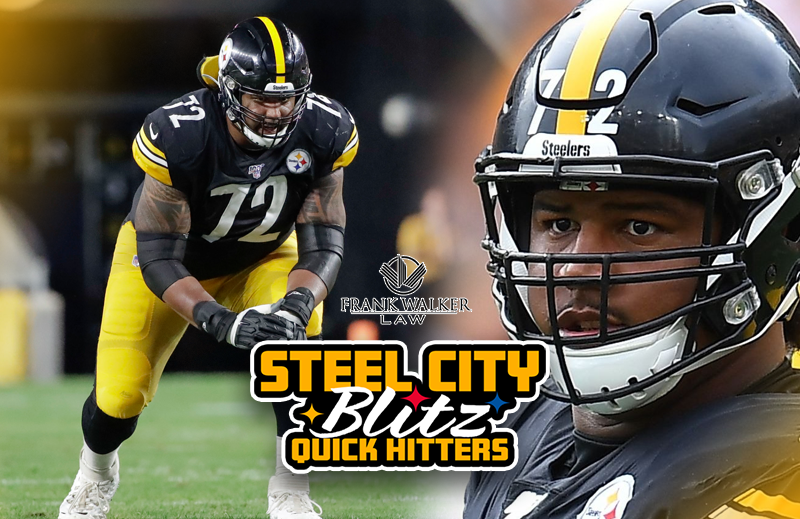 If you know hockey, and I’m sure many of you do, then you know when a player receives a penalty he heads to the penalty box. Although I prefer “sin bin” but that’s another story. This leaves his team ‘shorthanded.’ In other words, they now have to play four skaters and a goalie versus their opponent who has five skaters and a goalie. This doesn’t happen in football. Teams don’t play 11 vs 10 or anything like that. What ‘shorthanded’ refers to in the football sense is not having your usual amount of players. It’s a term we’ve been forced to use a lot in the Covid-19 era and that’s exactly where the Pittsburgh Steelers find themselves this week. Last week against Cleveland, they were down several members of the defense. This week it’s Diontae Johnson and Kendrick Green although there is a small possibility that Johnson could return by Sunday. Without his best receiver, Ben Roethlisberger will need to look elsewhere at crucial moments. The question is, who is going to have the most faith in?

Really fun show last night for the 250th edition of the SCB Steelers Podcast presented by DEK Roofing Inc. Ellie Finnerty joined us to discuss the Steelers win over Cleveland… the send off for Ben Roethlisberger… the improved offensive line play… Chase Claypool, T.J. Watt and a whole lot more. Plus, there was drinking and swearing! Tune in either via audio or catch us on video as well! Please leave us a review! I would appreciate it!

Injury Notes: As you know, today is always the big day in terms of availability for Sunday games. Right now I’d lean towards Lamar Jackson not playing Sunday… I will say the same regarding Dan Moore as well. Look for one of two things to happen. Either Zach Banner starts at right tackle and Chuks Okorafor slides to left or Joe Haeg gets the call instead of Banner.

This week, Gordon takes us back to the early 2000’s. The Ravens were coming off their first Super Bowl win and they had beaten the Steelers at home earlier in the season. This is a great look back at a game that was supposed to be a defensive battle. 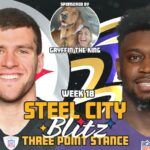