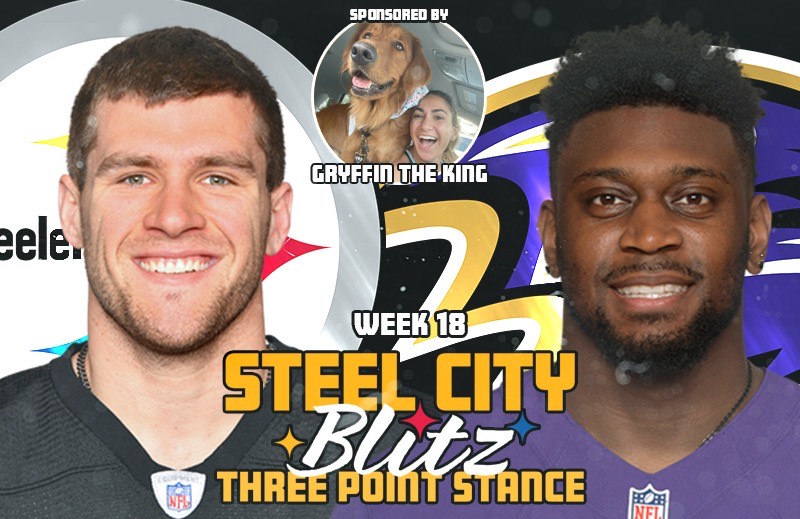 The 2021 NFL Season has reached the end. It’s week 18 and that means the Pittsburgh Steelers are on the road to face the rival Ravens in Baltimore. Here’s everything you need to know heading into the finale.

Weather: Rain and 41 degrees at kickoff and throughout the game.

Last Week: The Ravens dropped a tough one at home to the LA Rams 20-19. Pittsburgh defeated the Cleveland Browns 26-14 on Monday Night Football.

Head Official: Shawn Hochuli. The financial advisor is in his fourth season as a head official. The Steelers last saw Hochuli in their first matchup with the Browns in Cleveland. His crew called 13 penalties that afternoon.

Injury Notes: With Moore unlikely to go, look for Zach Banner or Joe Haeg to get the start at right tackle while Chuks Okorafor moves over to left tackle… Buggs absence was a bigger deal until last week when the D-Line played much better. Plus they get Chris Wormley back as well. UPDATE: Diontae Johnson, Joe Haden and Kendrick Green have all been taken OFF of the Covid list and are available for the game. James Washington has been added to the list and will likely not be available.

This Week in the AFC North:  Cincinnati at Cleveland 1pm Sunday

What You Need to Know: T.J. Watt is one sack away from tying Michael Strahan’s NFL record for sacks in a season with 22.5… Mike Tomlin is 15-14 all-time against the Ravens… Diontae Johnson has recorded five or more catches in 11 straight games… Pittsburgh is 43-41 all-time in regular season finales. They are 22-36 on the road and are 1-3 all-time against the Ravens in Baltimore to end the season… Tomlin has won 11 of the last 14 season finales… Tomlin is 80-34-1 in 1pm kickoffs… Ben Roethlisberger is 30-12-1 all-time on the road against AFC North opponents.

What’s at Stake: Both teams must win to have any chance at the postseason. A loss for either means they are eliminated. Each team needs the Colts to lose in Jacksonville. The Steelers need the Raiders-Chargers to end in anything but a tie.

1. Red Zone Offense Has to Be Better. The Steelers ran the ball at will on Cleveland Monday Night but once they get into the Red Zone it was as if Najee Harris was no longer allowed to carry the ball. Matt Canada suddenly decided to go almost exclusively to the pass and it wasn’t even close to working. The Ravens, whose defense has been much better than this, still lead the NFL in rushing defense so the Steelers can’t just assume they can run the ball into the end zone. But they can’t totally abandon the run either. Use play-action on first down instead of waiting for second or third. Spread the Ravens out and get Najee Harris in between the tackles. This game could very well be low-scoring but it doesn’t have to be if the Steelers get creative in the Red Zone.

2. It’s All About Andrews. You’ve no doubt heard that the Pittsburgh Steelers struggle to cover tight ends on a regular basis. Baltimore has one of the better ones in Mark Andrews. In the earlier matchup, Andrews was targeted nine times and caught four passes for 50 yards. Overall, it was a pretty decent effort. With Tyler Huntley getting the start, I actually think he may be more troublesome than is Lamar Jackson at throwing to Andrews. Look for the Steelers to use a number of different guys on Andrews and look for them to blend zone and man-to-man in an effort to confuse Huntley and keep Andrews from getting hot as a pass catcher.

3. Remain Focused. Mike Tomlin will always say that in these situations he doesn’t watch the scoreboard. I’m not sure I believe him especially with the Colts and Jags playing at the exact same time… The players have to have the same mentality and it isn’t easy because there’s a lot going on. As exciting as Big Ben’s home finale was, he and the team must recognize this game is likely his last. T.J. Watt is going for an NFL record for most sacks in a season and several players are fighting for the opportunity to keep jobs or even get invitations back to compete in 2022. In other words, there’s a lot going on Sunday as usual but this one hits differently and the Steelers need to remain laser-focused.

Prediction: These two have played so many close games during their rivalry so why should we expect anything different? I don’t see the Ravens laying down the way Cleveland did on Monday Night so I expect a 60-minute battle. Turnovers will play a key role as they usual do and I believe whoever wins that battle wins the game. Despite the number one rush defense in the NFL I expect the Steelers to still run with Najee Harris behind a reinvigorated offensive line. That said, I believe the ball will be in the hands of Ben Roethlisberger in the end just the way it should be. 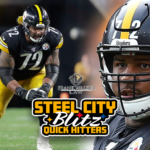 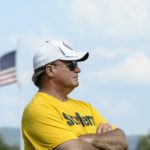