Pittsburgh Steelers Head Coach Mike Tomlin made it official on Tuesday when he announced that Ben Roethlisberger would not play on Sunday in Cleveland. Mason Rudolph will start and Josh Dobbs will back him up. The second guessing started immediately and was the lead story this morning on ESPN’s “Get Up.” The truth is that we won’t know if this is the right call until after Wild-Card Weekend. The biggest argument here is that the Steelers’ offense has struggled so much in recent weeks that sitting him will just make it worse. I really do understand that argument. But what trumps that in my mind is health. Can you imagine if Roethlisberger plays Sunday and gets hurt? How do you go into a postseason game with Rudolph? You can’t and you won’t. We all know what makes this offense click. It’s Big Ben in the no huddle directing things himself. We’ve seen it for years and we’ve seen it several times this season. Having him play in a meaningless game isn’t going to suddenly change the offense. I’m not naive, I know what will come if Roethlisberger plays poorly and the Steelers have an early exit from the playoffs. The second guessing of Tomlin will be at a fever pitch. That’s what being the head coach is all about though.

Hilton was named the AFC Defensive Player of the Week for his performance against the Colts on Sunday. Hilton had four tackles, two tackles for loss, a fumble recovery and an interception. Not a bad day at the office.

Tweet of the Day… Neal is correct and I fear he’s priced himself out of Pittsburgh.

The #Steelers had a player named one of the AFC players of the week.

CB Mike Hilton, your AFC defensive player of the week, for the best game of his career, and one that's gonna make him even more cash than he was set to make in free agency this offseason.

Tomlin would not comment further on who may or may not sit this weekend in Cleveland but we have to assume there are a handful of players who could be wearing parkas and stocking caps by the third quarter. With the rules in place for this season allowing so much flexibility with the practice squad and gameday actives, I think we can make assumptions that Maurkice Pouncey, David DeCastro, Cam Heyward and T.J. Watt are the leading contenders to get some rest. There are certainly others, Joe Haden perhaps, who could also get the call to the bench but I don’t think we’ll really know until the gameday inactives are announced.

The Steelers continued to play ‘practice squad roulette’ with LB/LS Christian Kuntz. He played his college ball at Duquesne. Also added to the PS was tackle John Leglue. He was drafted by the Denver Broncos in 2019 and spent time with the Packers and Saints as well. He played collegiately at Tulane.

SCB Steelers Quick Hitters: The “To Sit or Not to Sit” Edition 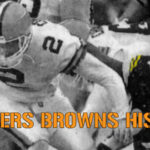