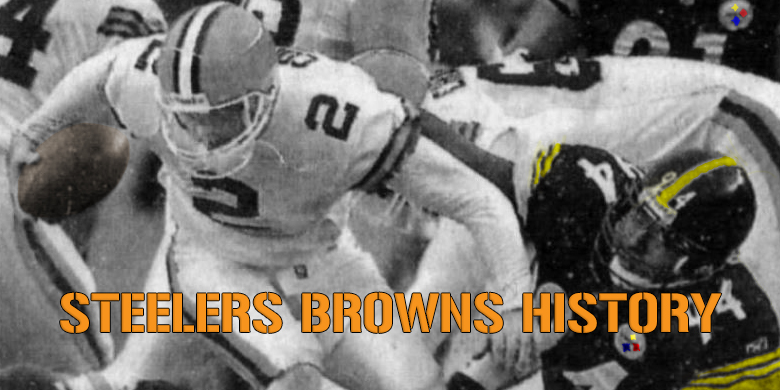 The regular season finale against the Cleveland Browns this Sunday is the opportunity for the Pittsburgh Steelers to rest some weary starters while the Browns need to win to seal a playoff spot.

Since the Steelers began playing the reborn Browns franchise, they dominate the series 15-5-1 in Cleveland.

The teams also met for the regular season finale in 2002. The game was originally scheduled as the season opener on September 16 in the Steelers new Heinz Field home. The 9/11 attack on the World Trade Center saw sport cancelled over the weekend and the inaugural game for the new stadium postponed.

With the game rearranged for the end of the season, the Steelers were already division champions and confirmed as the number one seed in the AFC so they could afford to rest some players.

For the Steelers, there was nothing to play for except to ignite their momentum again after an overtime loss to the Dick LeBeau’s Bengals the previous week. Joey Porter made the point saying, “What happened last week, I’m glad we got it out now. We definitely want to hit the playoffs on a high note. To lose two in a row would devastate us.”

The game was also of immense significance for the Browns. Regardless of their 7-8 record, a win for the Browns would reward them with their first .500 season for over a decade. “This week is our first chance at a .500 season since the franchise came back in 1999, so this is a huge game for us,” stated Browns quarterback Tim Couch.

Despite the “meaningless” game for the Steelers, their starting quarterback Kordell Stewart recognized the importance of the contest. “We have the opportunity of a lifetime here,” Stewart said. “We’ve just got to keep going.” A win for the Steelers would give them their second-best regular season since 1978 when they went 14-2.

Kordell Stewart had been voted the Steelers MVP after a breakout season. Following the booing and jeering he had endured for several seasons; Stewart was now also being mentioned as the NFL’s MVP.

Although Coach Cowher could afford to rest some players, Stewart was expected to play some of the game. 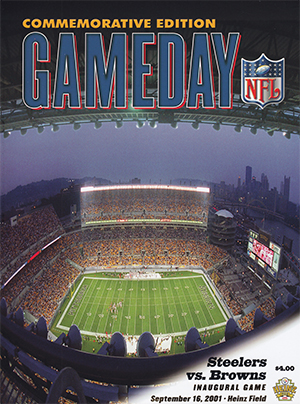 Most of the Steelers starters played only the first half while Jerome Bettis and Alan Faneca sat out the game due to injury and with steady snow making the field slippery. With a depleted team, the Steelers struggled to find any rhythm in the first quarter.

They fell behind to a Cleveland touchdown on a 3-yard run from Jamel White following the first of Stewart’s two interceptions.

The Steelers fought back at the beginning of the next quarter with a 17-yard touchdown run from Chris Fuamata-Ma’afala to take a 7-7 tie into the locker room.

On the opening kickoff of the second half, Cleveland’s Ben Gay fumbled, forced by Lenzie Jackson. Troy Edwards recovered and returned the ball 32 yards for the score. With ex-XFL quarterback Tommy Maddox now replacing Stewart, the Steelers came alive. He led the Steelers on a 5-play drive of 56 yards that finished with Bobby Shaw’s 40-yard touchdown catch.

In the final period, a 7-play drive of 88 yards saw rookie R.J. Bowers score his only touchdown for the Steelers on a 21-yard run to give Pittsburgh the 28-7 victory.

The Steelers tied their record of 55 sacks set in 1994 by the Blitzburgh Steelers and held their opponents to a lowly 173 yards.

The Steelers 13-3 record was the best in Coach Cowher’s ten seasons as the Steelers head coach and offensive tackle Wayne Gandy emphasized, “It’s hard to win 13 games in this league. Think about it. Even if you go 3-1 every month, it’s not good enough. But that’s the way this team was all season – all this team needed was a challenge, somebody telling us we couldn’t do something.”

Plaxico Burress and Hines Ward each went over the 1,000-yard receiving mark early in the second half before sitting out the rest of the game. It was a first for the Steelers. Not even when Lynn Swann and John Stallworth were starring on those four Super Bowl teams, did they have two 1,000-yard receivers in a season.

In the divisional playoff game, the Steelers rolled over the Ravens 27-10 but they came up short against the Patriots in the AFC Championship game, 24-17.

SCB Steelers Podcast 202 – The Comeback Against the Colts