The 2019 NFL Schedule was released last night and it’s none too favorable to our Steelers. They will open the season on the road in New England and finish the season with five out of seven on the road including the final two which will be at NY Jets and at Baltimore. The Steelers will also open the home schedule against Seattle then travel to San Francisco. They then return home to play Cincinnati and Baltimore in consecutive weeks. Pittsburgh will be in five prime time games in 2019. Week One at New England, Week Four vs Cincinnati, Week Six at LA Chargers, Week Eight vs Miami and Week Eleven at Cleveland. The Steelers BYE Week comes in the seventh week.

Don’t miss our latest ‘mini-cast’ previewing the Draft as part of the Steel City Blitz Steelers Podcast presented by 26shirts.com/Pittsburgh. This is the sixth installment and covers the Offensive Linemen. Click here for the 12 minute rundown.

Tweet of the Day… Can someone just give them the AFC North Title already? I mean, why bother playing?

In all seriousness, I’m glad to see the Browns be relevant again. Our rivalry with them hasn’t been a rivalry in many, many years and I’m all for it getting better. That said, it sure is curious to see the number of people wearing Browns’ gear all of the sudden. Where were these “fans” the last 30 years?

Two more schedule notes… The Patriots have the NFL’s easiest schedule. I know, I’m stunned too… And the Ravens have a perfectly balanced schedule meaning they alternate home and away game every week… While the Steelers will have 32 days straight without a road trip I’m willing to bet they’d give that up for more balance at the end of the schedule.

The times they are a changing…. Last night the Yankees defeated the rival Red Sox 5-3. Afterwards, the team broke out a fog machine and strobe lights and loud music among other things. I realize we want to have as much fun as we can these days but wow… I can’t even imagine this happening or even being considered 20 or 30 years ago. I’m old. 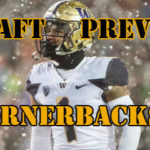