Steeler Nation is continuing to come to grips with the sudden passing of beloved Wide Receivers coach Darryl Drake on Sunday. The team cancelled practice yesterday and has done so for today as well. Drake replaced long-time WR Coach Richard Mann in 2018 and quickly earned the respect of his players and fellow coaches. There was no shortage of tributes over the last 24 hours from current Steelers and former players of Coach Drake as well. Many local and national journalists have also chimed in with positive, highly respectful comments too. I have no doubt this will hang over the team. It is sudden and so unexpected that it’s hard for it not to do so. We want to wish Coach Drake’s family and friends our condolences at this awful time.

The harsh part about moving on from something like this, especially when it’s so fresh, is that the Steelers will need to find someone who can replace Coach Drake. The best option would be to lure Coach Mann back for a year but that’s going to be entirely up to him. Regardless, I expect that the team has someone in place within the next week or so.

Still thinking how sad of a day it is in SteelersNation. I am on the outside looking in. Can't imagine how the players/staff feel right about now.

My only comment on the former Steeler and now current Oakland Raider is this. Are any of you really surprised by any of this? One other thing… Of all the people showing an outpouring of social media love for Coach Drake, at the time of this writing, Mr. Big Chest is not one of them.

The Chiefs Coming to Town

With the passing of Coach Drake, there is obviously less prep time for Saturday’s opponent the Kansas City Chiefs. The good news is that teams really don’t “gameplan” for opponents in the preseason anyhow but the loss of the two practice days may hinder what the Steelers may have wanted to do heading into this game. Again, this is another slap in the face moment of realism.

With talk of an 18-game regular season, which most players aren’t keen on unless many things change, there is also discussion about the preseason. General thought says if you move to 18 games then cut the preseason down to two. I listened to a lot of interviews this past weekend about the preseason and I came away believing that 2-3 games is what the majority of players want in the preseason. Look at last week for example. Roughly 75% of teams did not even use their starting quarterback. Many teams like the Steelers sat a huge number of regular players as well. This will be interesting as negotiations are already a happening in lieu of the 2021 deal ending. Owners will want to make sure they are still getting the same amount of gate as usual while players will want proper compensation and increased roster sizes. Bottom line is that we need to re-think the preseason somewhat don’t we? 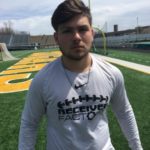 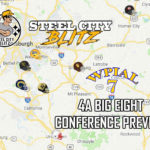 They only lost one practice day, Sunday. The Monday practice was moved to Tuesday which had been a planned day off.